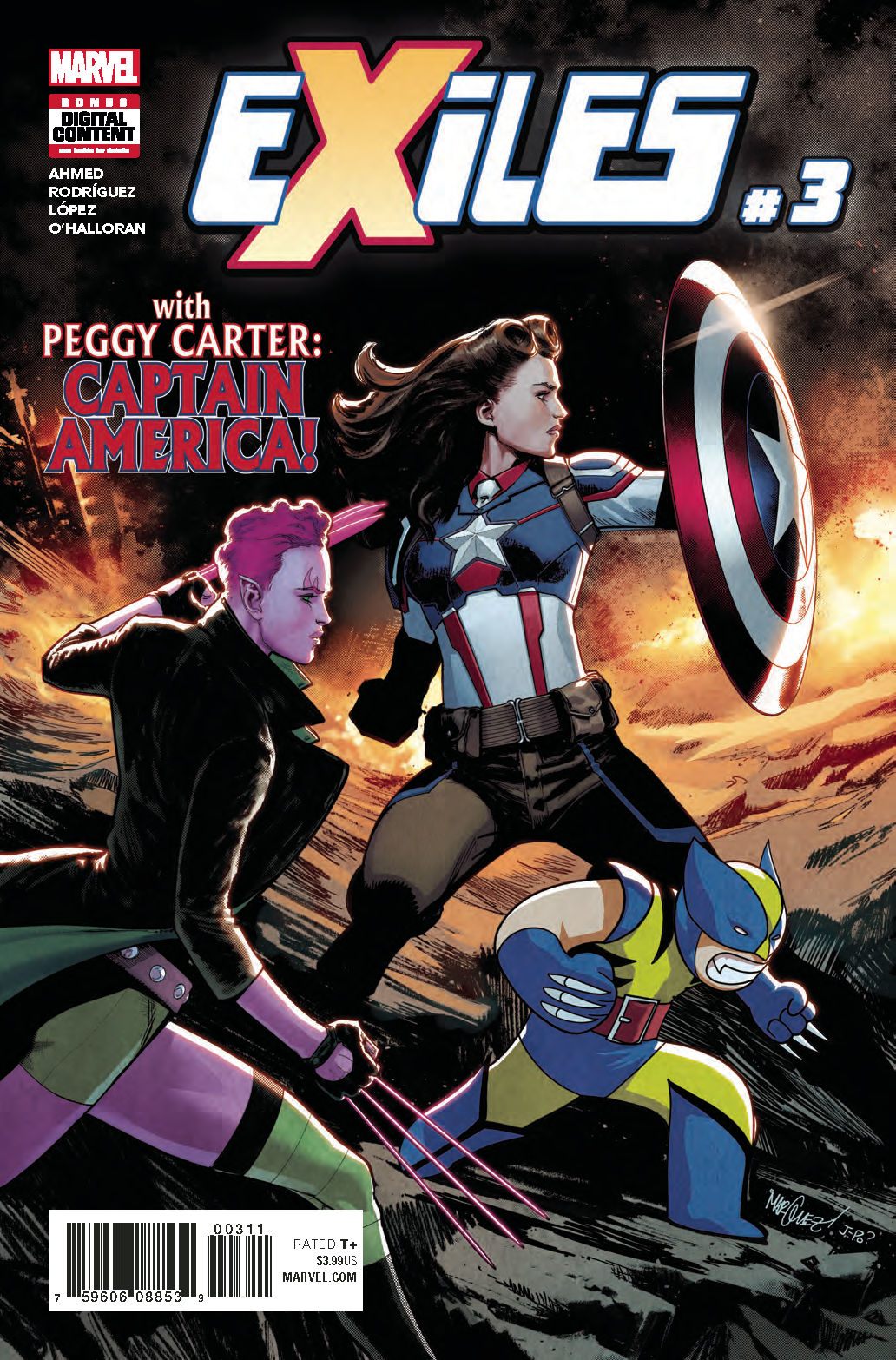 MAR180914
(W) Saladin Ahmed (A) Javier Rodriguez, Alvaro Lopez (CA) David Marquez
CAPTAIN CARTER KILLS THE RED SKULL!
That's her mission, anyway! The fan-favorite Captain America - Peggy Carter of the Marvel Puzzle Quest game - faces off against an apocalyptically armed Red Skull! And the Exiles are just in time to join the fight - 'cuz they've been kicked off their mission! There's a new team of Watchers in town, and they're cracking down on the Exiles' interference in the timestream - even if it means the death of everything. Can the Exiles salvage Peggy Carter's world, fix the Tallus and get back to saving reality before the Time-Eater tracks them down again?
Rated T+
In Shops: May 09, 2018
SRP: $3.99
View All Items In This Series