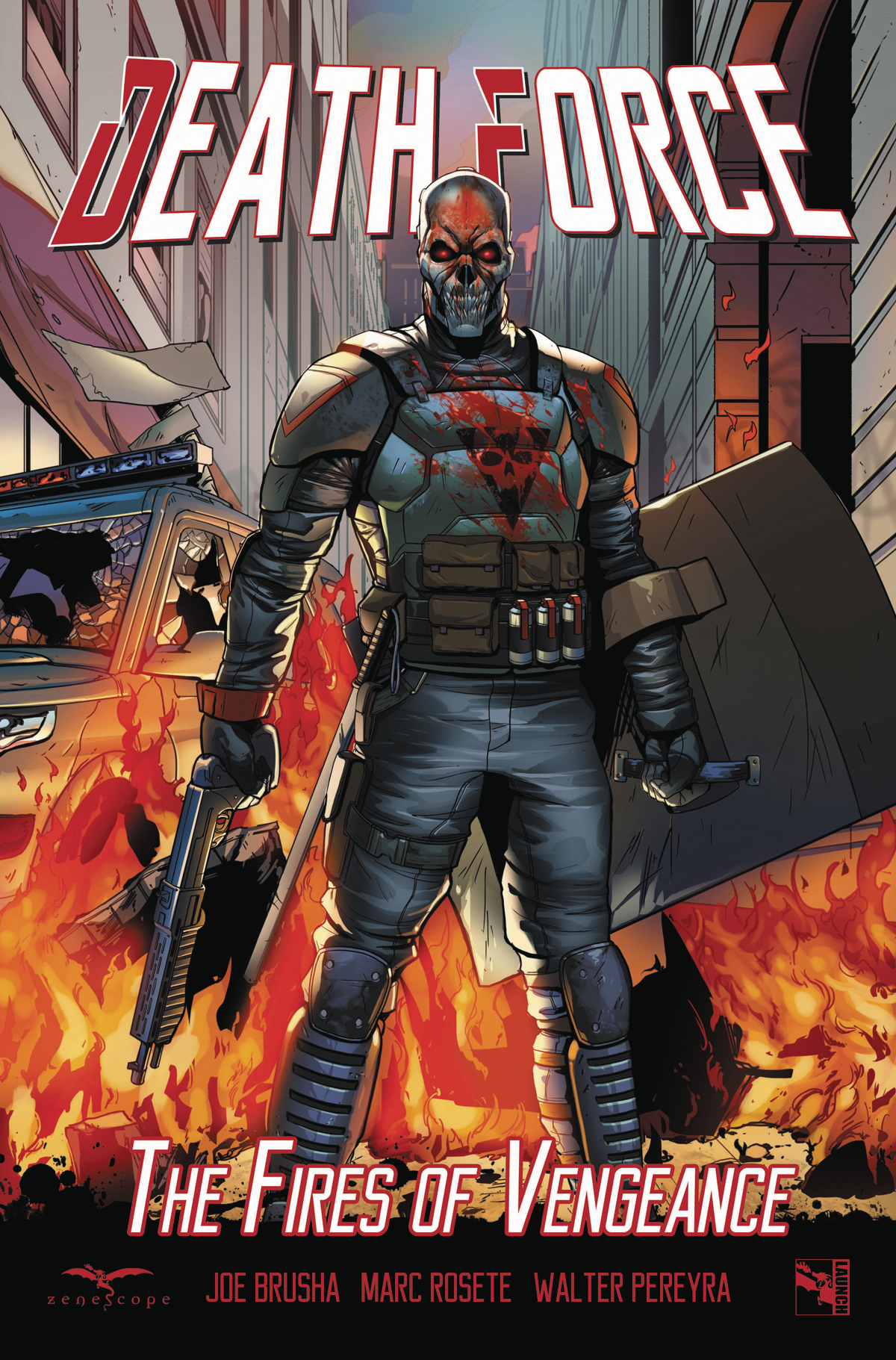 MAR172312
(W) Joe Brusha (A) Marc Rosete (CA) Walter Pereyra
Rick Murphy was just an ordinary cop until he stumbled onto the wrong case. Left for dead by the criminals he meant to bring to justice, he is given a second chance at life with one catch...gain the power to take revenge on the men that wronged him in exchange for his soul. Now with the Death Force power his to command he is ready for vengeance. But will the dark power at his control let him have his revenge...or consume him?
Collects Death Force #1 - 6