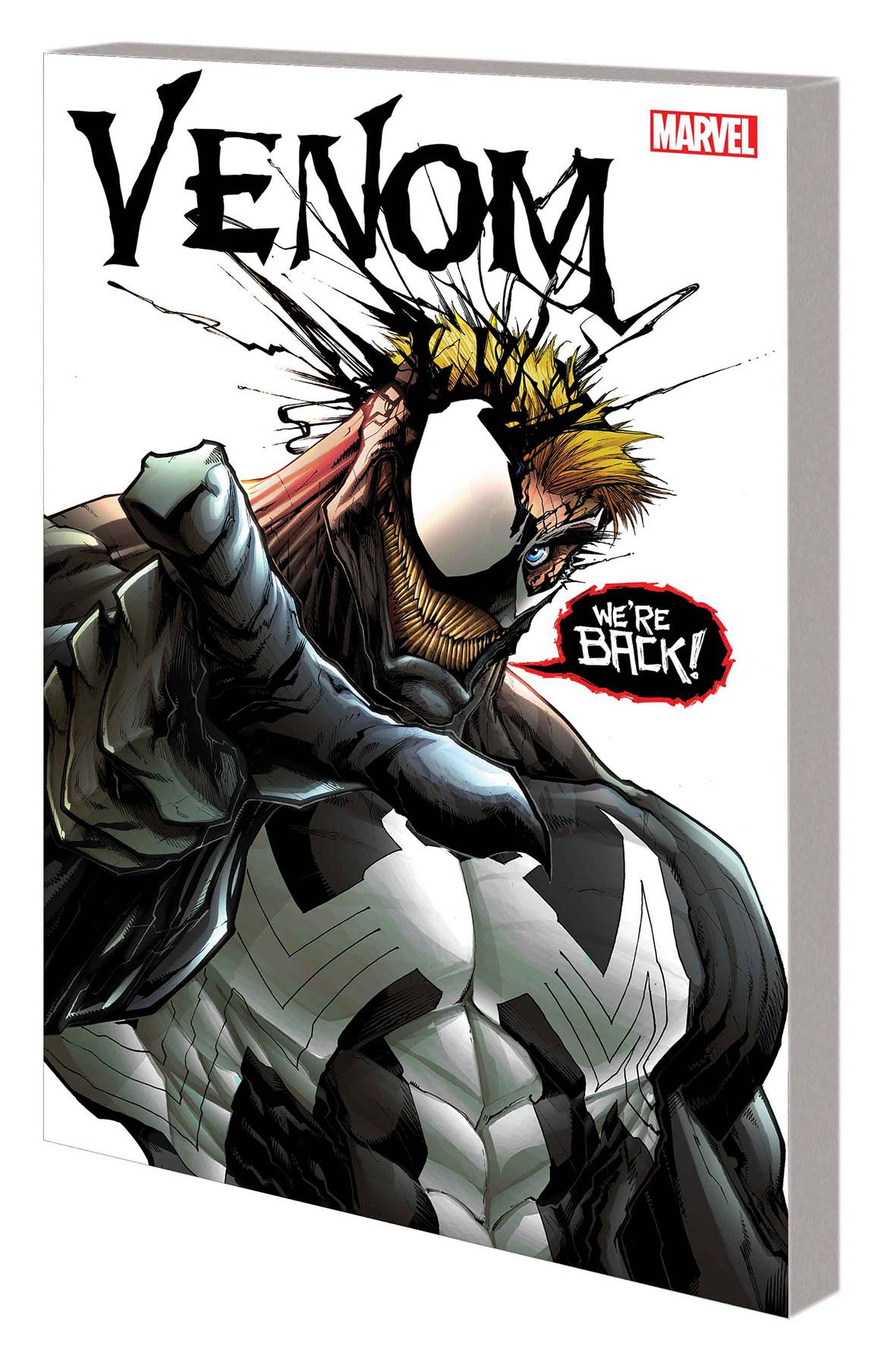 #
MAR171160
(W) Mike Costa (A/CA) Gerardo Sandoval
Venom is back in his classic form, and deadlier than ever! The symbiote you know and love has returned to New York City. No more "Agent of the Cosmos." No more "Lethal Protector." It's time for a new Venom, and it's great to be bad. But now that Venom is back on Earth, just who has bonded with him - and turned him back into a slathering, fanged monster? As the symbiote returns to its old ways, sink your teeth into the deadliest Venom story yet! One that will draw old friends - like Mac Gargan, the Scorpion! And a certain other former host of the Venom symbiote, known for web-slinging, wall-crawling and wisecracking! That's right: It's Venom vs. Spider-Man like never before! Collecting VENOM (2016) #1-6.
Rated T+
In Shops: Jun 14, 2017
SRP: $17.99
View All Items In This Series