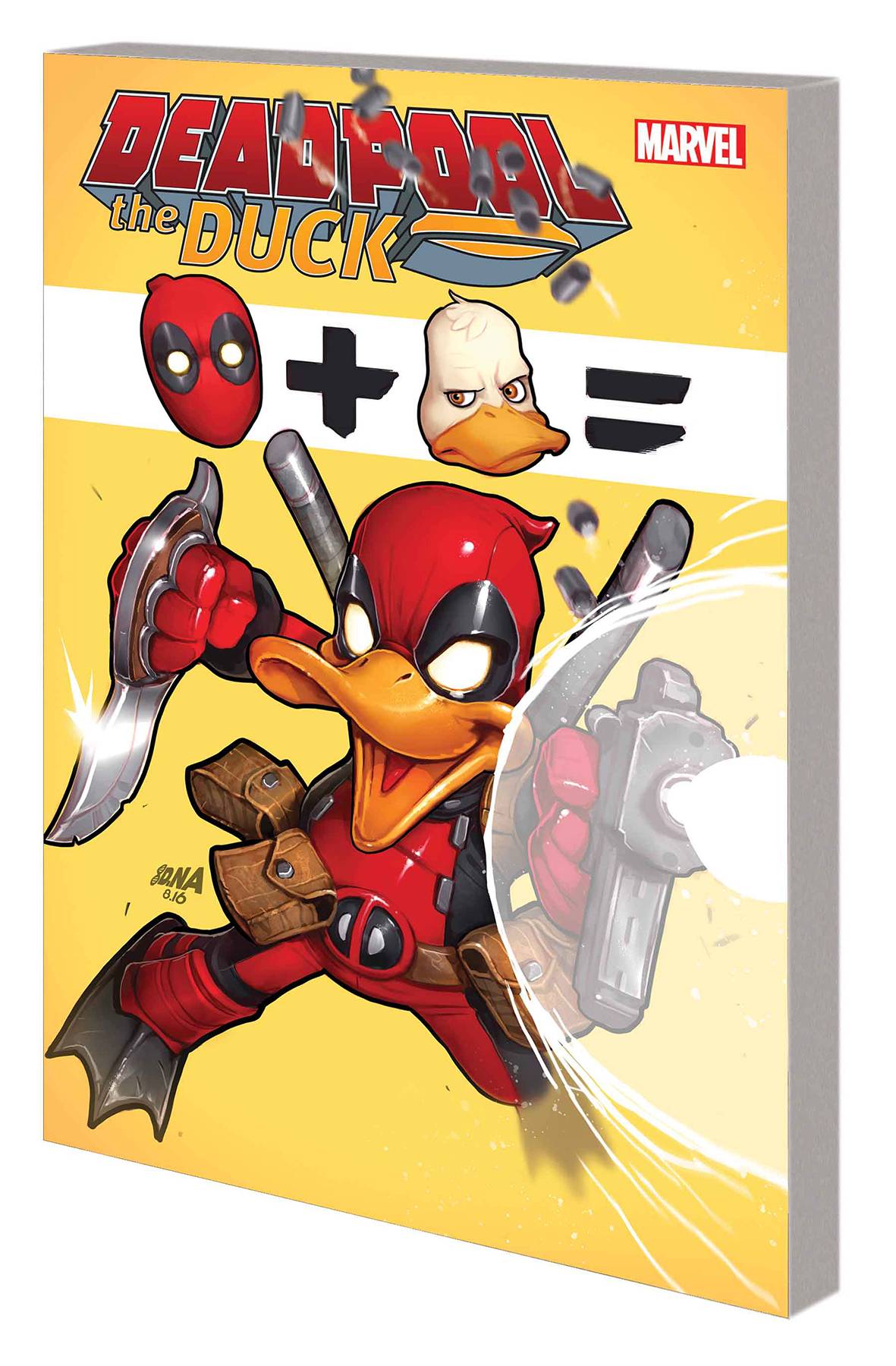 #
MAR171156
(W) Stuart Moore (A) Jacopo Camagni (CA) David Nakayama
What do you get when you take one cynical anthropomorphic duck (named Howard) and cross him with the mouthiest mercenary in the Marvel Universe? Deadpool the Duck, that's what! When Wade Wilson accepts a mission from S.H.I.E.L.D. to capture a high-profile E.T., the snatch-and-grab turns out to be much more complicated than he anticipated. One unfortunate wrong-place-at-the-wrong-time accident leaves Deadpool and Howard fighting for control of their shared body - as the cutest merc the Marvel Universe has ever seen! But how is nefarious megacorporation Roxxon mixed up in all this? And what about Rocket Raccoon? Can Howard and Deadpool work together to get their own bodies back? Or will Wade forever be trapped in a duck he never made?! Collecting DEADPOOL THE DUCK #1-5.
Parental Advisory
In Shops: May 31, 2017
SRP: $15.99
ORDER WISH LIST