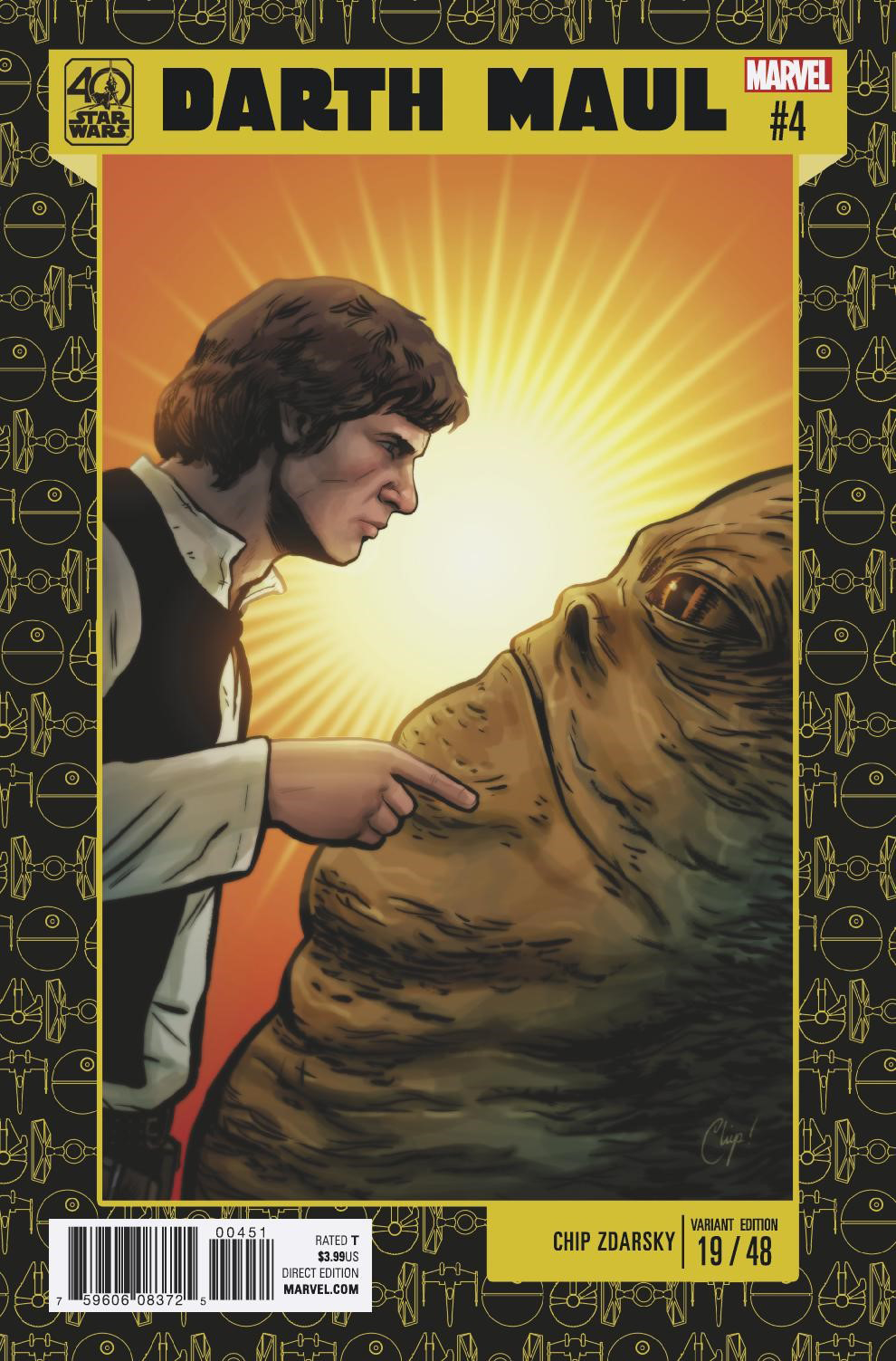 MAR171120
(W) Cullen Bunn (A) Luke Ross (CA) Chip Zdarsky
• Darth Maul and his crew of bounty hunters have captured Eldra, the hunted Jedi Padawan!
•  But Xev Xrexus will not give up her prize without a fight.
•  There's a new bounty out...and the reward for whoever defeats Maul and captures the Padawan is worth dying for.
•  Not to mention, Eldra isn't leaving without a fight, either...
Rated T
In Shops: Jun 21, 2017
SRP: $3.99
View All Items In This Series
ORDER WISH LIST