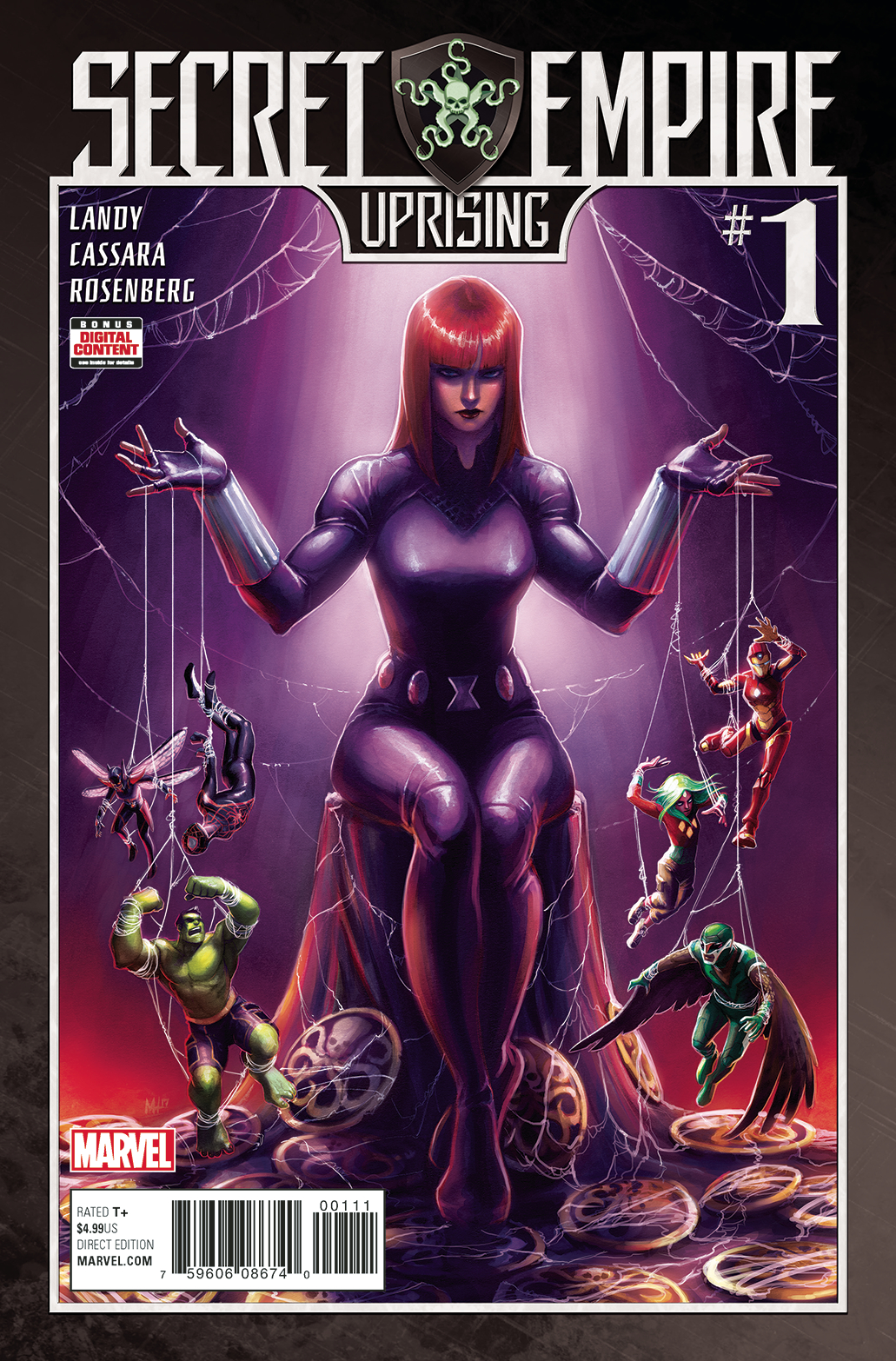 MAR170920
(W) Derek Landy (A) Joshua Cassara (CA) Meghan Hetrick
A crucial SECRET EMPIRE tie-in that bridges issues #3 and #4! There's a new order to things in the world, but it's not one that everybody agrees with! So what is there left to do about it? The Black Widow has a dangerous plan-but to carry it out, she'll need the help of the young heroes of the Marvel Universe-and it will require them to cross a line they never thought they would!
40 PGS./Rated T+
In Shops: May 31, 2017
SRP: $4.99