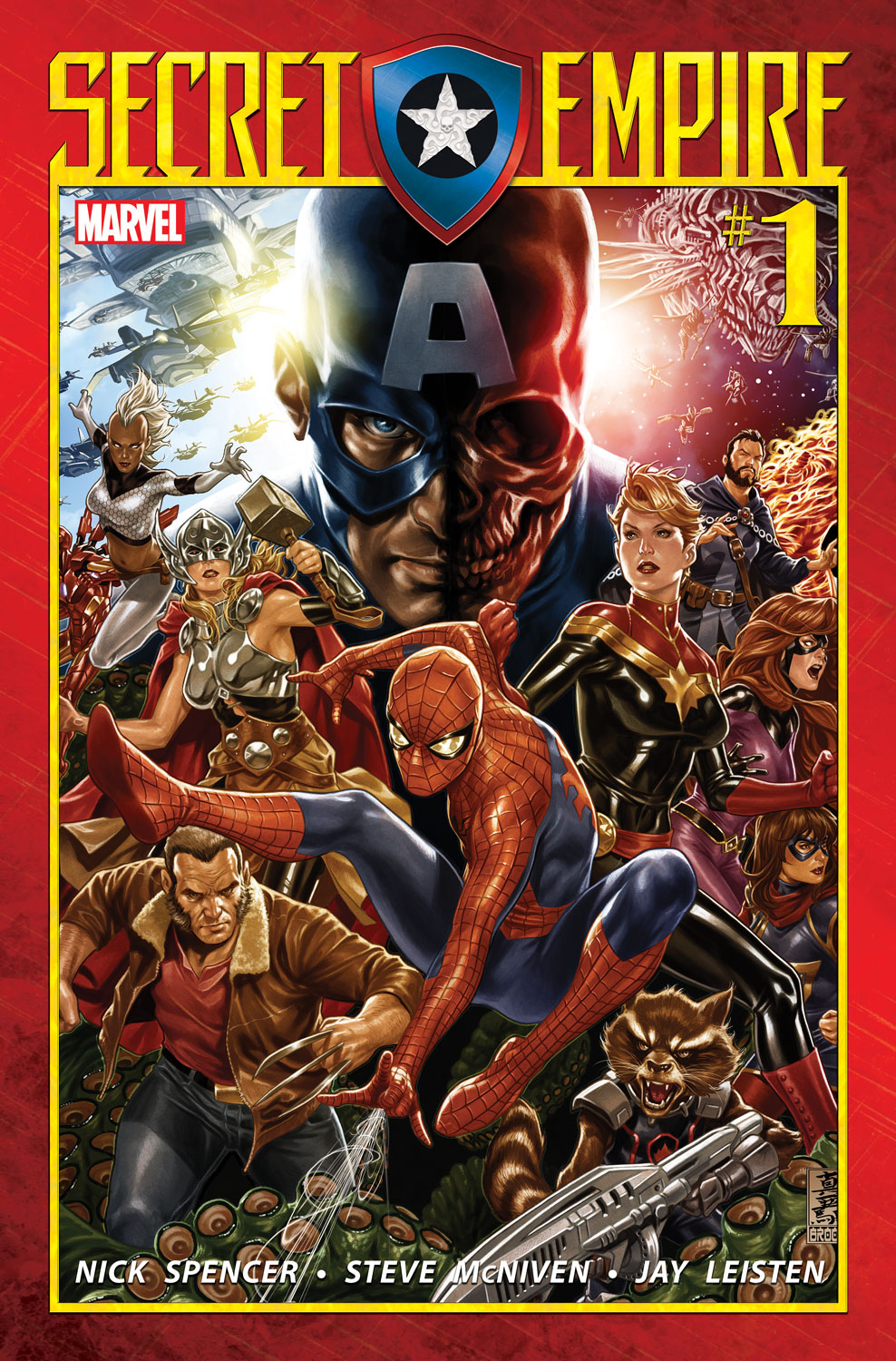 MAR170901
(W) Nick Spender (A) Steve McNiven, Jay Leisten (CA) Mark Brooks
It's been building for months, across a bevy of titles! But now, the moment has arrived for Steve Rogers to step into the light and declare his allegiance to Hydra! How can the heroes of the Marvel Universe cope with this shattering betrayal by the most trusted figure among them? And what will this mean for the world? The map of the Marvel Universe changes in ways nobody will expect - TRUST THE SECRET EMPIRE!
Rated T+
In Shops: May 03, 2017
SRP: $4.99
View All Items In This Series