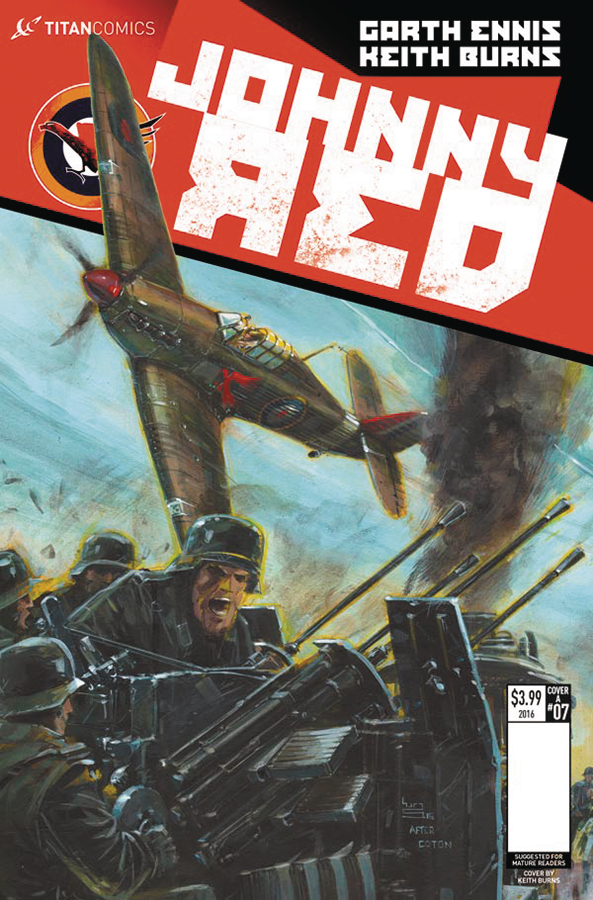 MAR161732
(W) Garth Ennis (A) Keith Burns (CA) Mike Perkins
As Johnny and the Falcons attempt to clear their tracks and make good their escape, a rogue German fighter wing threatens to shred their plans to ribbons! And as the flak gets heavy, Johnny discovers a secret that could shake the Russian state to its core!
In Shops: May 25, 2016
SRP: $3.99
View All Items In This Series
ORDER WISH LIST