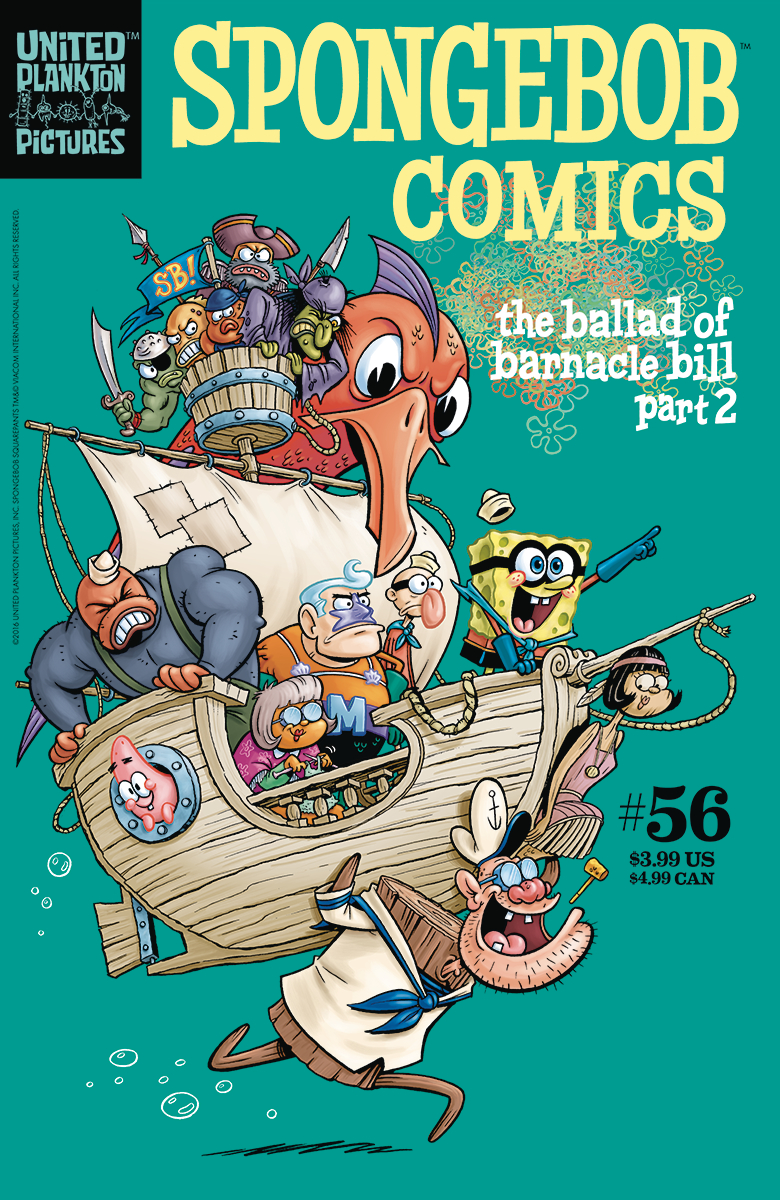 MAR161170
(W) Derek Drymon (A) Stephen DeStefano (CA) Rick Neilsen (A/CA) Jacob Chabot
In part 2 of "The Ballad of Barnacle Bill," SpongeBob and the ocean's saltiest sailor, Barnacle Bill, take on the deadly denizens of Rough 'n' Tough Reef-lowlife pirate scum, the sinister White Water Witch, a giant Fish Roc, and the belligerent bully Gangplank Gus! It's a thimbleful of thrilling theater with the excitement of an exploding Segar! Plus: facts about hungry shipworms by Maris Wicks! Gary fights Plankton, by James Kochalka and Hilary Barta! And more!
In Shops: May 11, 2016
SRP: $3.99
View All Items In This Series
ORDER WISH LIST