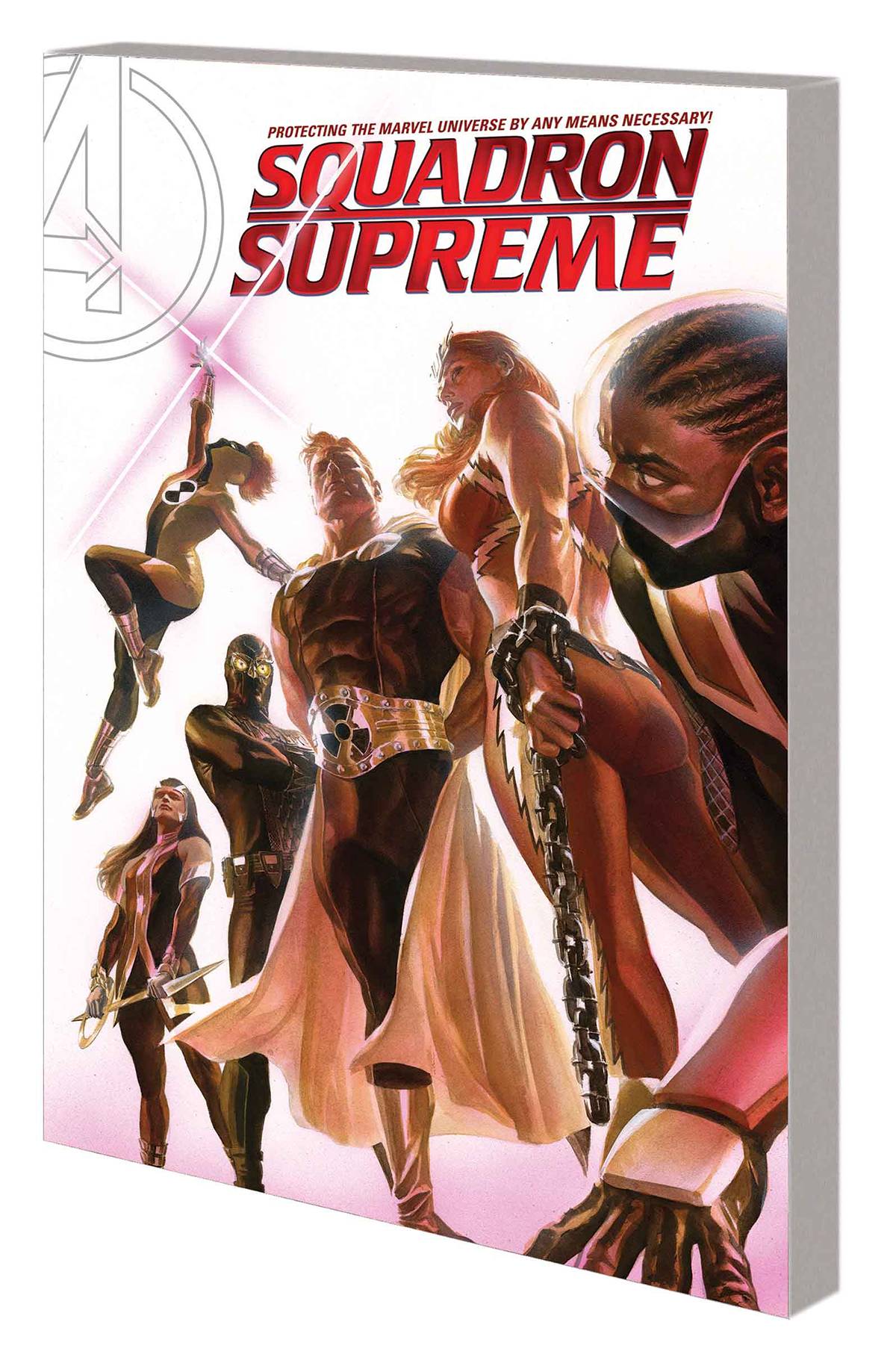 #
MAR160936
(W) James Robinson (A) Leonard Kirk (CA) Alex Ross
They're the sole survivors of lost Earths, and they'll do anything to protect this one - whether you like it or not! The former Avenger Hyperion. The Nighthawk of Supreme Power. Blur from the New Universe's DP7. Doctor Spectrum of the Great Society. And the original Squadron's Power Princess. Together, they're the Squadron Supreme, and they don't care about the rules. If you stand in their way, that's your problem! First on their to-do list: Namor, destroyer of Doctor Spectrum's homeworld. He must pay for his crimes - and pay dearly. But the Squadron's extreme measures attract the attention of the Uncanny Avengers! And when the team descends into Weirdworld - the newest, strangest corner of the Marvel Universe - can they escape without the aid of Thundra? Collecting SQUADRON SUPREME (2015) #1-5 and material from AVENGERS (2015) #0.
Rated T+
In Shops: Jun 15, 2016
SRP: $15.99
View All Items In This Series