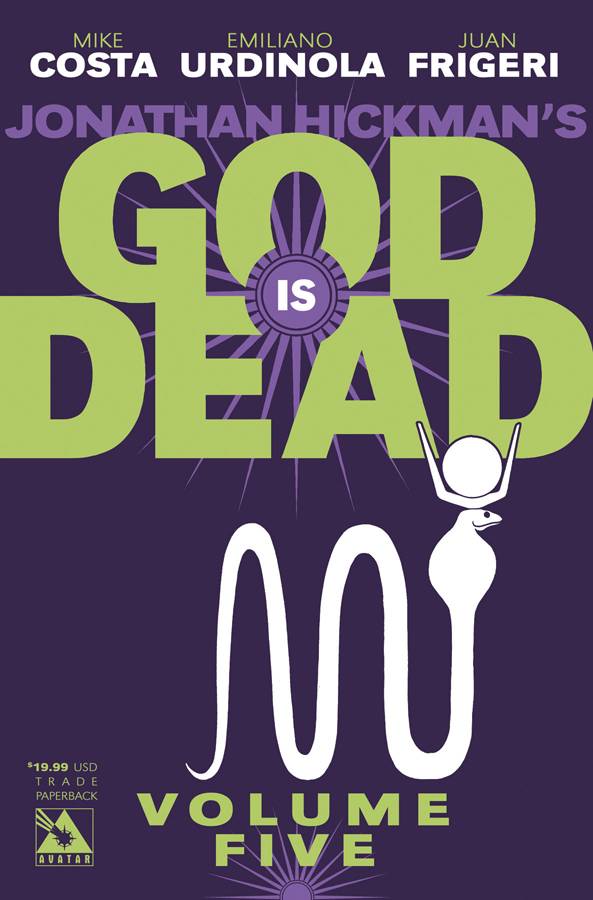 #
MAR150983
(W) Mike Costa (A) Emiliano Urdinola, Juan Frigeri (CA) Jacen Burrows
The Great Deceiver threw the world into chaos when after millennia of plotting and planning he finally killed God.  Now Satan has initiated a pact to release the Titans upon the pantheons of gods still fighting for dominion over man.  After all the Earth has been through, after all the pantheons have done to each other, after all the centuries of hate have boiled to the surface, what could possibly unite the Gods of old?  Something unspeakable is coming to this devastated planet.  Series author Mike Costa opens a World-shattering new story as the worst fears of the most powerful deities come true - the Titans have returned!  More powerful than ever, and with horrific giant beasts at their bidding, the Titans are back and plan to eliminate the gods once and for all!  This volume collects issues #25 - 30 of the ongoing God is Dead series.
In Shops: May 06, 2015
SRP: $19.99
View All Items In This Series