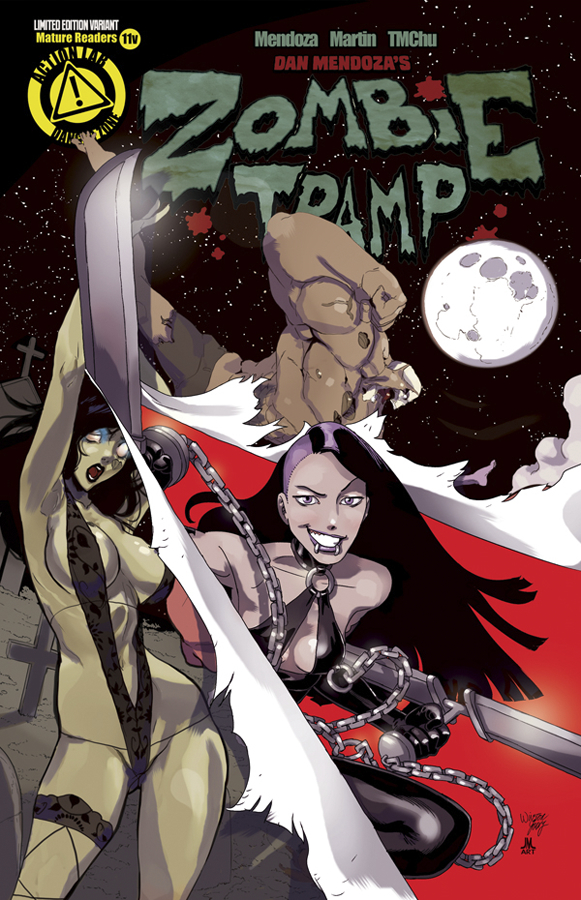 MAR150851
(W) Dan Mendoza, Jason Martin (A) TMChu (CA) Winston Young
Zombie Tramp creates a flesh beast from cemetery inhabitants to do battle with the hulking meth monster that's plagued her visit to Detroit; but will Motown's supernatural defender Vampblade help Janey in her fight, or team-up against her?  It's a boneyard brawl of beasts and beauties, as Janey fights for her right to ease on down the road!
Features a variant cover spotlighting guest starring character Vampblade, as well as a variant cover by Dan Mendoza (limited to 2000 copies) and a risqué variant cover (limited to 2500 copies).