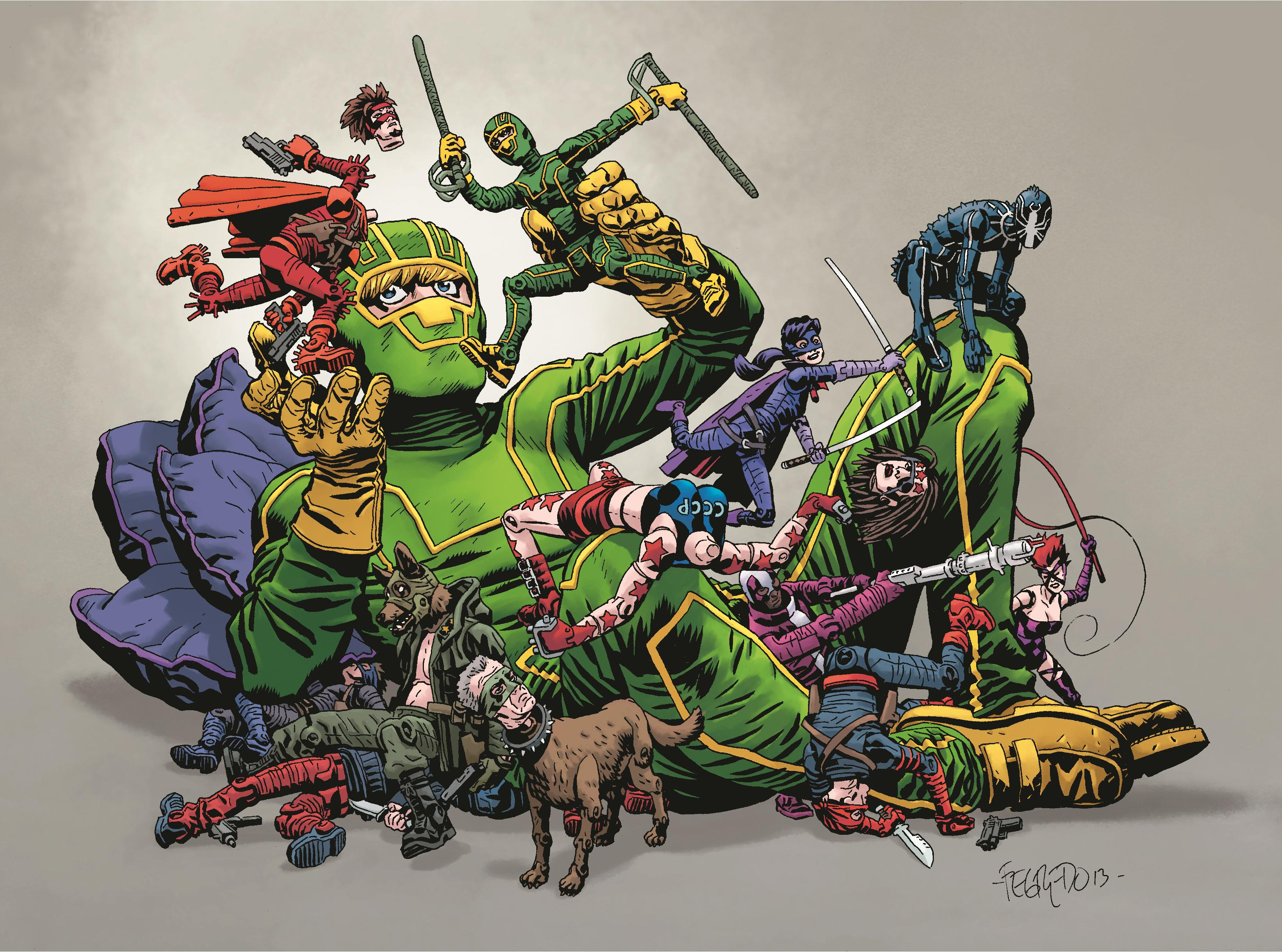 MAR138329
(W) Mark Millar (A) John Romita (CA) Duncan Fegredo
From Marvel Comics. Uneasy lies the head that wears the crown ... and that goes double for the cowl! Kick-Ass is now leading the reformed superhero team Justice Forever ... just in time to face some terrifying new foes. But there's dissension in the JF ranks; will he be able to fend off a coup with Hit-Girl still in prison? Meanwhile, a broken Red Mist gets some tough love from Mommie Dearest. Scheduled in stores 06/19/13. (161)