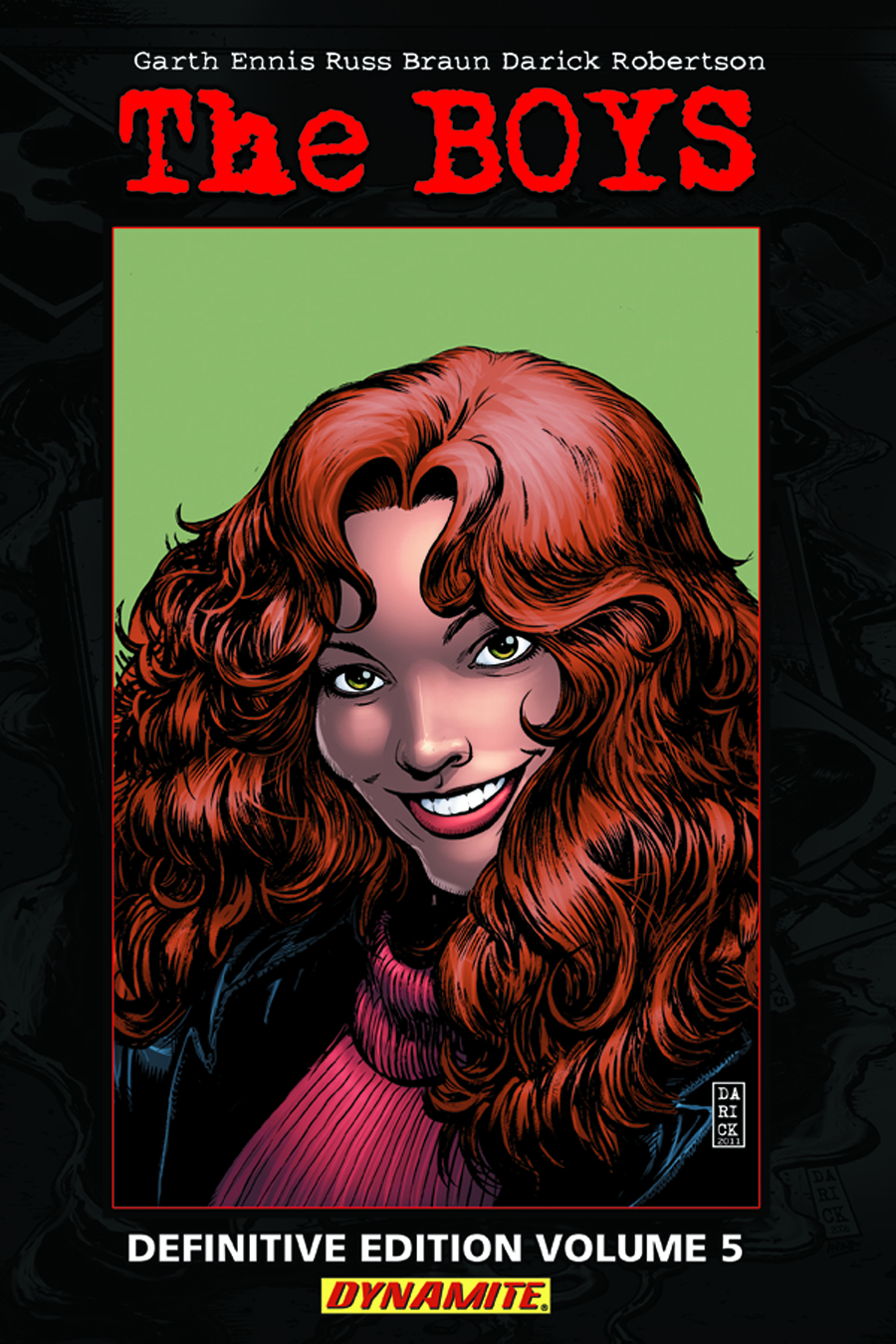 MAR131056
(W) Garth Ennis (A) Russell Braun, John McCrea (A/CA) Darick Robertson
In a world where costumed heroes soar through the sky, The Boys make sure the "supes" don't get out of line! Garth Ennis and Darick Robertson proudly present four of their most explosive storylines, collected in a gorgeous hardcover package, complete with a slipcover! In "Proper Preparation and Planning," team leader Billy Butcher re-examines The Boys' first encounter with their superhuman opponents, while handling disquiet among the ranks and an old enemy who's come into his own. In "Barbary Coast," down-on-his-luck everyman Hughie uncovers the grisly truth behind the first superhumans to take action in World War II. In "The Big Ride," The Boys face the powerful and perverse threats, Jack from Jupiter and Doctor Peculiar. And in "Butcher, Baker, Candlestick Maker," the true story of The Boys' mysterious leader is told at last! From the backstreets of London's East End to the
carnage of the Falklands War, from the heights of love to the depths of tragedy, the most violent man in comics reveals the terrible nature of the forces that drive him.
Collects eighteen chapters from The Boys' comic book saga, including issues #48-59 plus the complete six-issue spin-off series, Butcher, Baker, Candlestickmaker.
Bonus material includes an extensive cover gallery, featuring gorgeous artwork by Darick Robertson.
In Shops: Jun 26, 2013
SRP: $95.00
View All Items In This Series