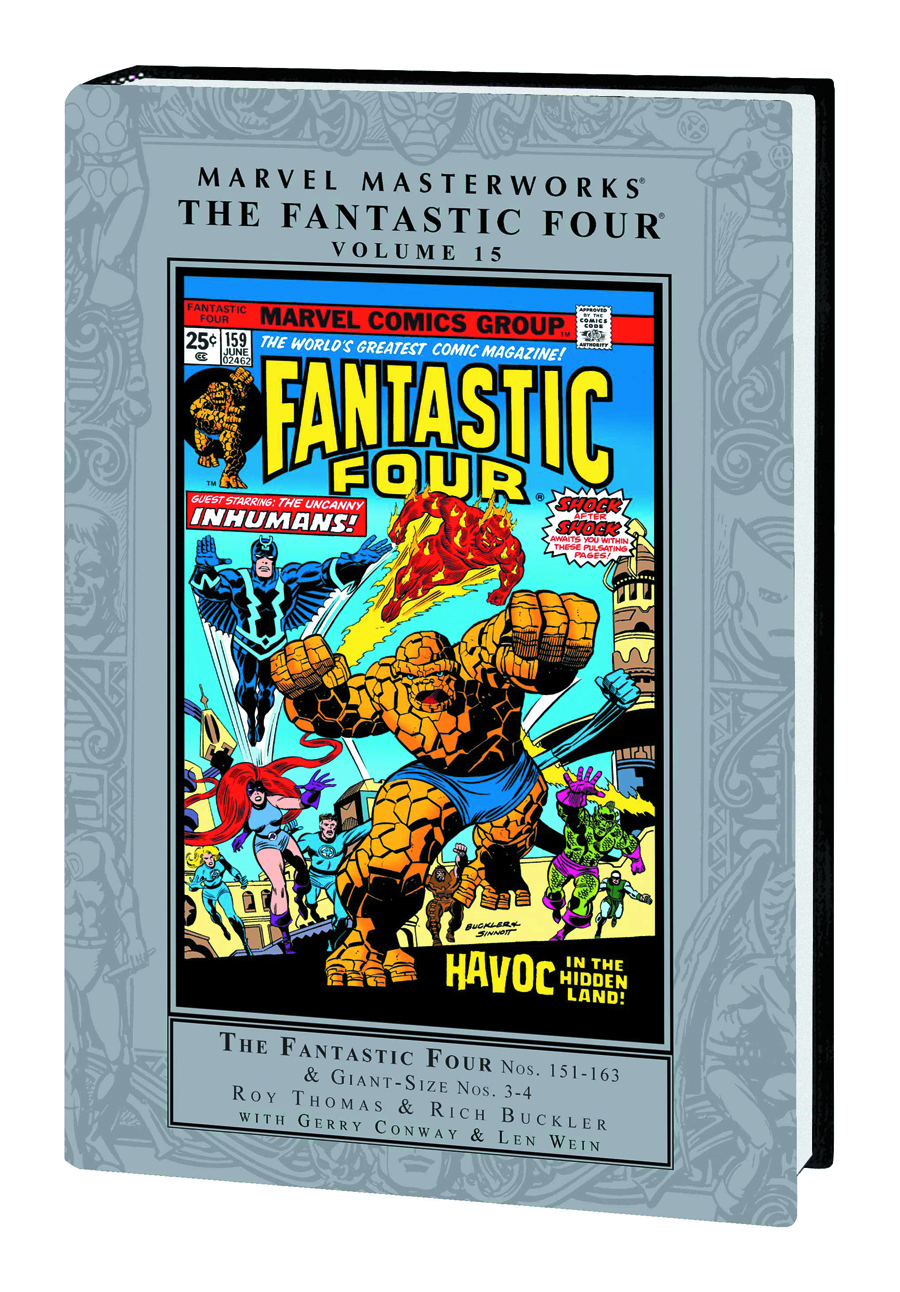 MAR130730
(W) Various (A) Various (CA) Rich Buckler
It's a treasure trove of FF classics, courtesy of the Marvel Masterworks! First comes a battle of the sexes as the FF find themselves in the midst of the fight between Femizons and Mahkizmo the Nuclear Man. Then, the Silver Surfer returns with a vengeance! The Machiavellian Dr. Doom has captured the Surfer's beloved Shalla-Bal and used her to turn him against the FF. And that's just the warm up! The FF and Inhumans team up against Xemu, the Invisible Girl returns to the fold, and Arkon the Annihilator initiates an adventure featuring an inter-dimensional alternate Thing. Topped off with a giant-size battle against the Four Horsemen of the Apocalypse and the first appearance of Madrox the Multiple Man, they're Masterworks one and all! Collecting FANTASTIC FOUR (1961) #151-163, GIANT-SIZE FANTASTIC FOUR #3-4, and MARVEL TREASURY EDITION #2.
In Shops: Aug 28, 2013
SRP: $69.99
View All Items In This Series