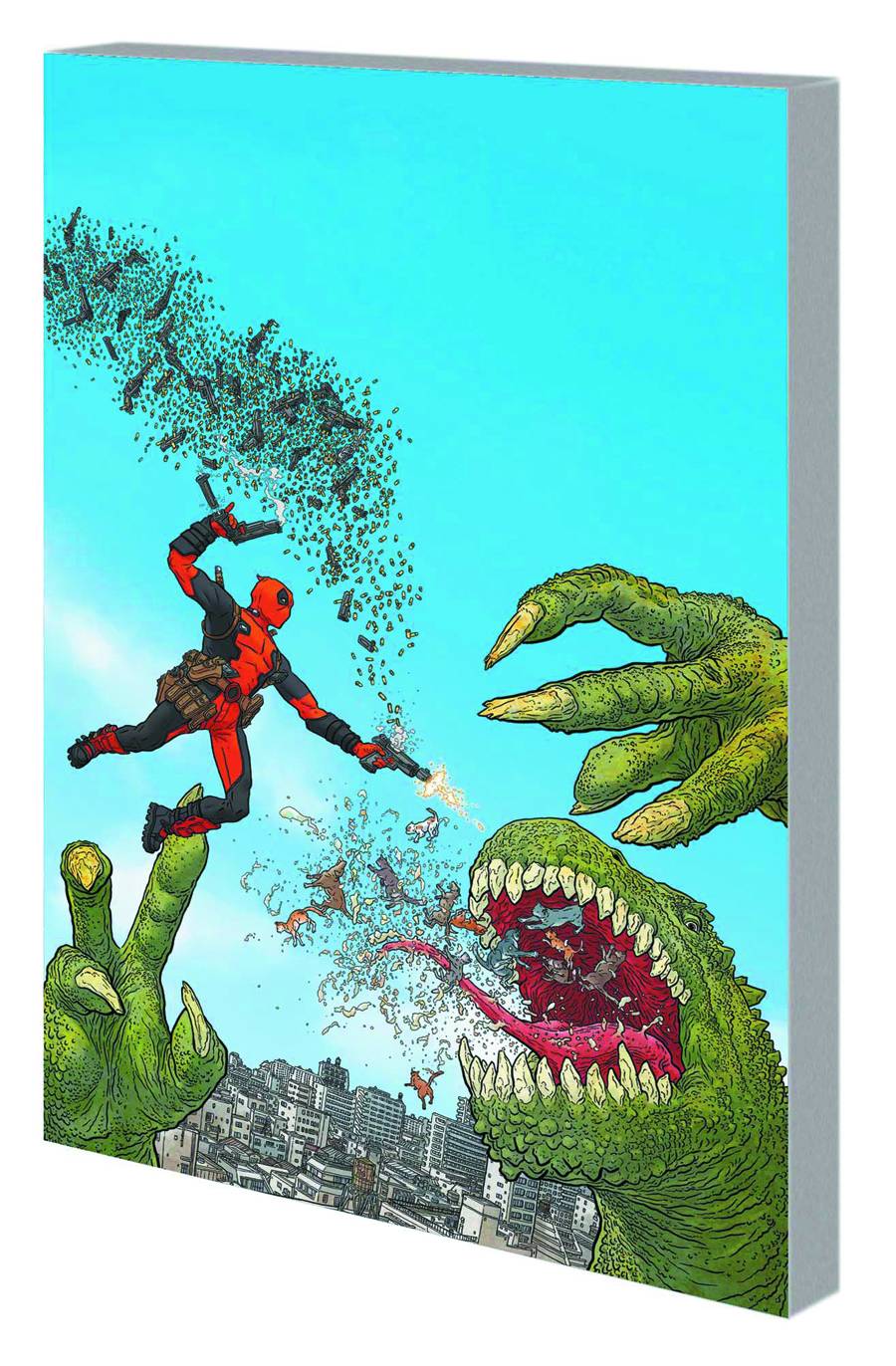 #
MAR130727
(W) Gerry Duggan, Brian Posehn (A) Tony Moore (CA) Geof Darrow
Dead former United States presidents, from George Washington to Gerald Ford, have been resurrected - and that's bad. The Marvel heroes can't be the ones to stop them. Someone is needed with the reputation, skills and plausible deniability to take out these com-monsters in chief. Deadpool time is NOW! Be here as Deadpool de-un-deadifies ex-presidents left and right - matching wits with Tricky Dick Nixon, fighting a grudge match against Honest Abe Lincoln and battling Ronald Reagan - in space! Do you need more than that?! Fine, then: monkeys! And not everyone escapes the epic finale alive - besides the presidents, duh. This is the Deadpool series you will marry someday! In Wade We Trust! Collecting DEADPOOL (2013) #1-6.
In Shops: May 29, 2013
SRP: $15.99
View All Items In This Series
ORDER WISH LIST