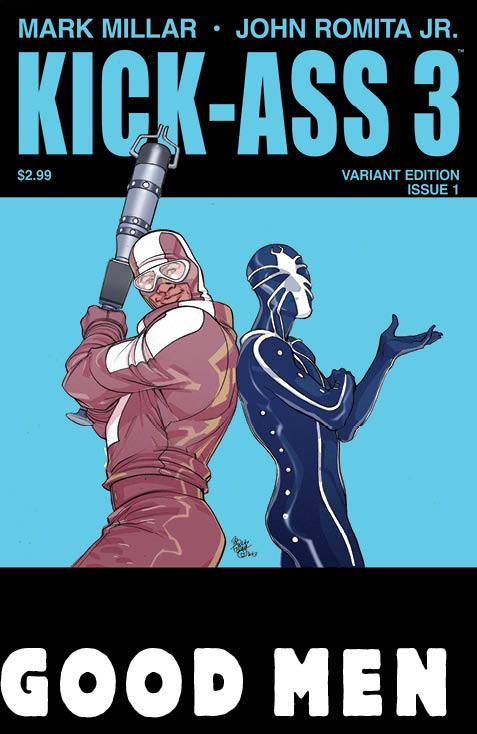 MAR130715
(W) Mark Millar (A) John Romita (CA) Pasqual Ferry
Kick-Ass and Hit-Girl's blockbuster return for the LAST EVER story arc of Mark Millar and John Romita Jr's mega-selling series. Hit-Girl's in jail, leaving Kick-Ass to lead the superhero team of Justice Forever. Their first mission: Bust Hit-Girl out of the clink. But superheroes have now been outlawed, leaving Kick-Ass to dodge both cops AND criminals. For the first time since donning the costume, Kick-Ass is beginning to have his doubts. Is he now in too deep to get out? The phenomenal follow-up to the Kick-Ass 2 movie coming this June. Issue #1 features six different covers by the industry's biggest artists, all available for order. Each cover will feature a different character, and when all six covers are linked, a special message will be revealed.
In Shops: Jun 05, 2013
SRP: $2.99
View All Items In This Series