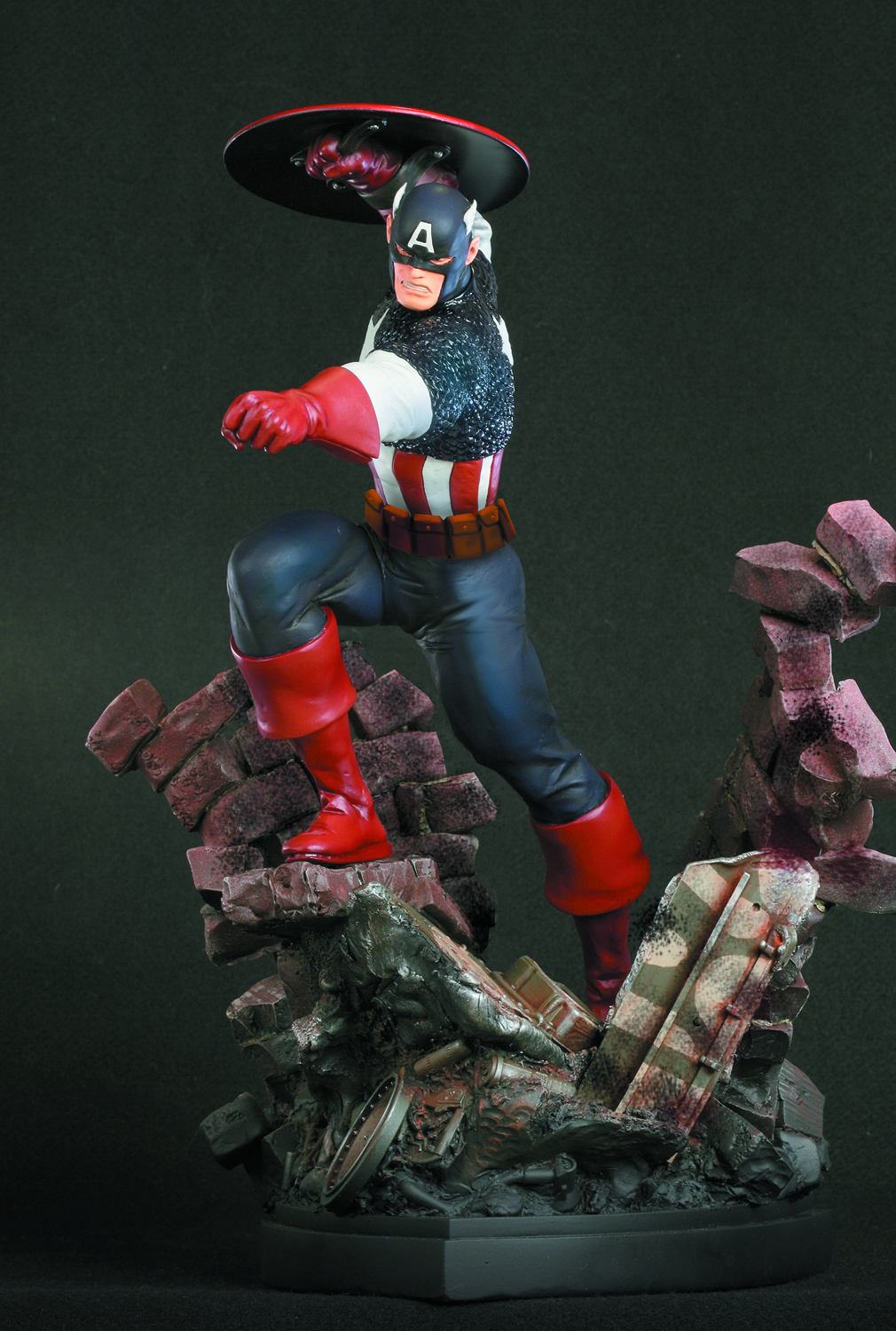 MAR121666
A Bowen Designs Sculpt! When the United States was attacked in World War II, Steve Rogers wanted to join the Army, but as a sickly, scrawny young man he was turned down for military service. Recruited for an experiment, Rogers was transformed into America's super soldier, Captain America. This dynamic 14" tall statue sculpted by Randy Bowen captures the heroic patriotism of the Marvel Universe's moral center.