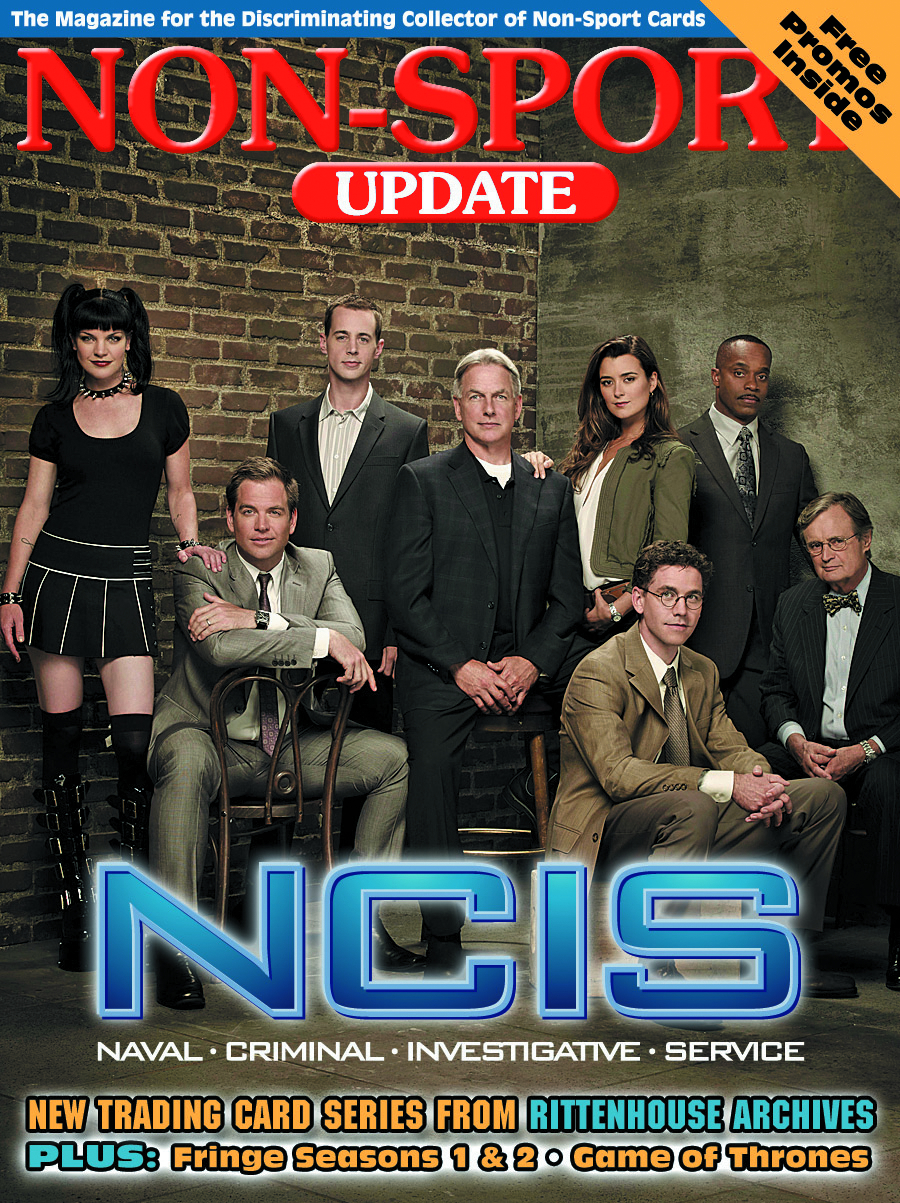 MAR121317
The cover of Non-Sport Update features NCIS Premiere Edition. This card series from Rittenhouse Archives has been in the works for over a year and has had major collector interest from the day it was announced. We'll also have details about the upcoming Fringe Seasons 1 & 2 and Game of Thrones trading card series. Look for an exclusive Fringe promotional card as well as another surprise promotional card, both from Cryptozoic Entertainment.