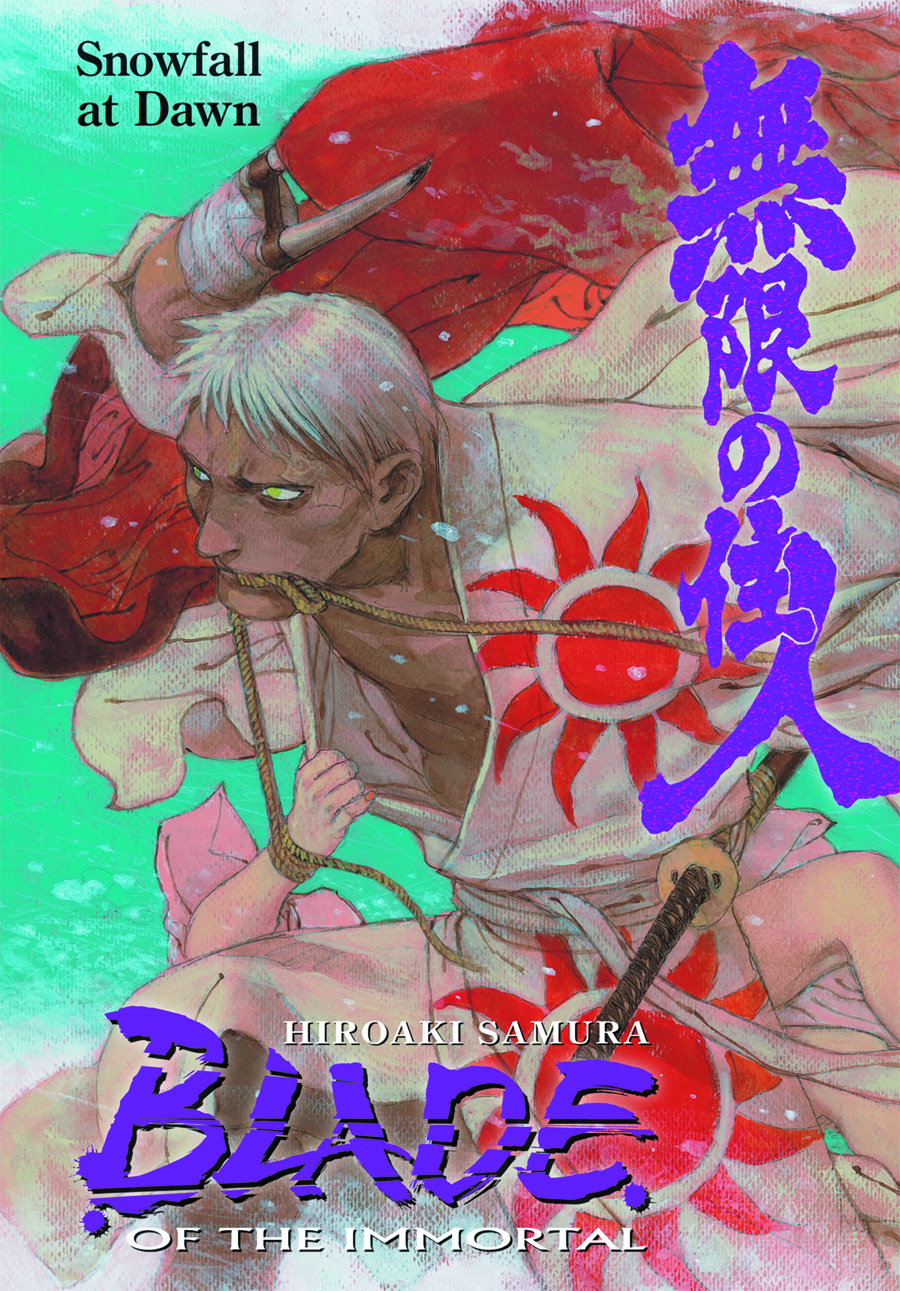 MAR120059
(W) Hiroaki Samura (A/CA) Hiroaki Samura
The showdown that fans have been waiting for begins here, as Manji and Shira finally cross paths! Although he's missing an arm, Manji's mystical healing powers still ensure that he's a formidable opponent-but his greatest foe, the masochistic Shira, has a few depraved tricks up his own sleeves! With Shira deadlier than ever, having had plenty of time to plot twisted revenge schemes, will Manji be able to protect Rin from his deranged nemesis? Plus-an Itt -ry warrior dies, in typically dramatic Hiroaki Samura fashion. Samura's widely acclaimed Blade of the Immortal manga series has won awards across the globe, including the Eisner Award in America, the prestigious Media Arts Award of Japan, and multiple British Eagle Awards.