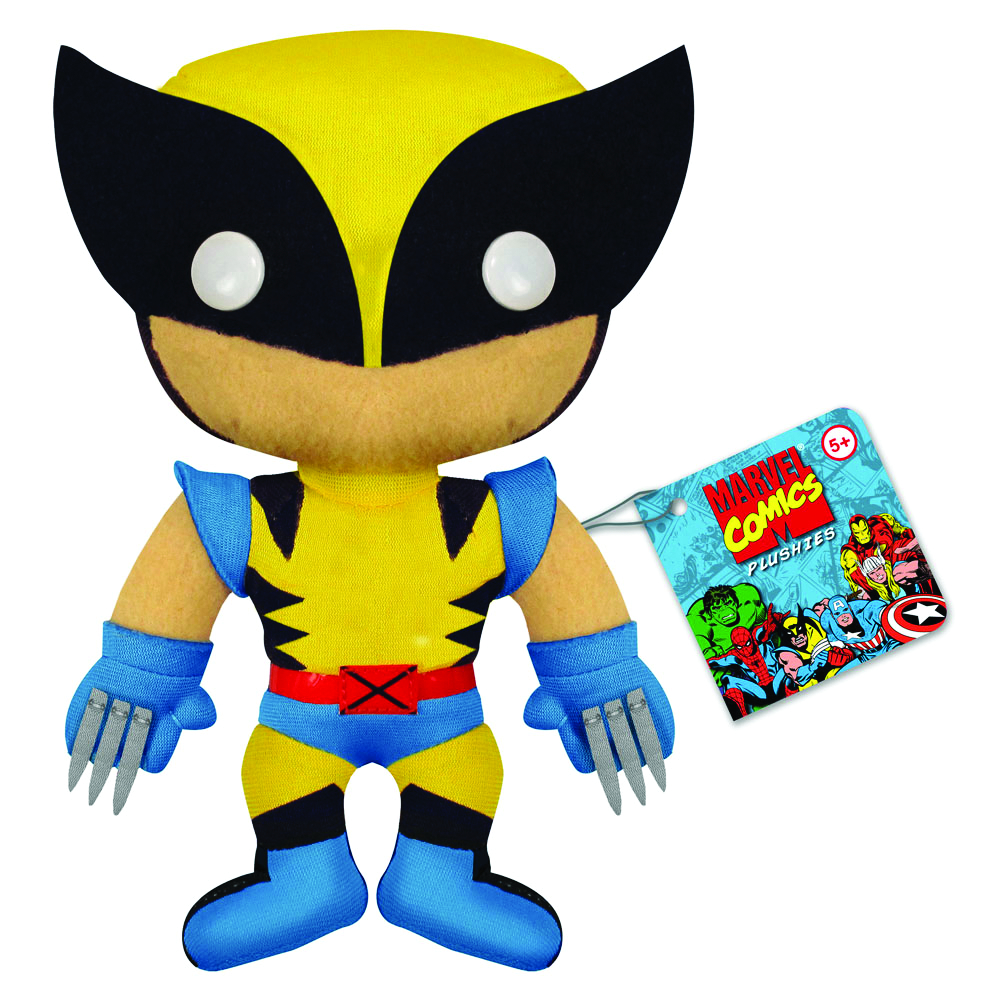 MAR111757
Long have the heroes of the Marvel universe struggled against the forces arrayed against them, but even they are powerless against the forces of cute! The characters of Marvel Comics are brought to life in a new line of 7" plushes from Funko. Choose from your favorite characters -- including Captain America, the Hulk, Iron Man, Spider-Man, Thor, and Wolverine -- and let these loveable, huggable, and entirely cute plushes wage their war on evil in your own home!