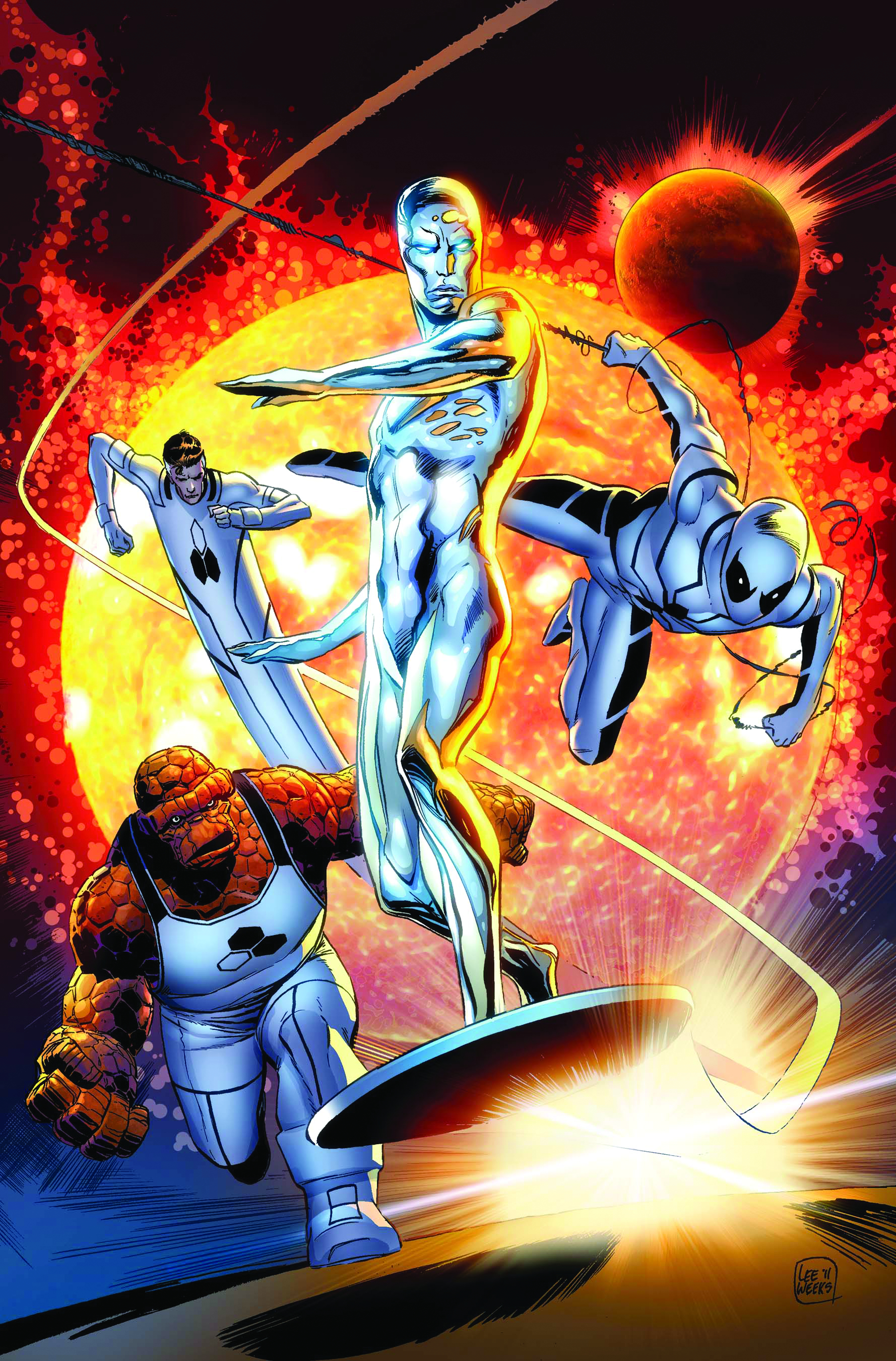 MAR110709
(W) Greg Pak (A) Iban Coello, Harvey Tolibao (CA) Lee Weeks
Written by GREG PAK
Penciled by HARVEY TOLIBAO
Cover by LEE WEEKS
A NEW HERALD RISES AS THE FF'S
FUTURE FOUNDATION  GUEST-STARS!
High Evolutionary's grand design is rewriting the world and Surfer can't save us on his own. The Future Foundation joins the fight as our penultimate issue builds to a cosmic climax that will be the Silver Surfer's greatest sacrifice ever! Plus: A herald as you've never seen before!
32 PGS./Rated T+