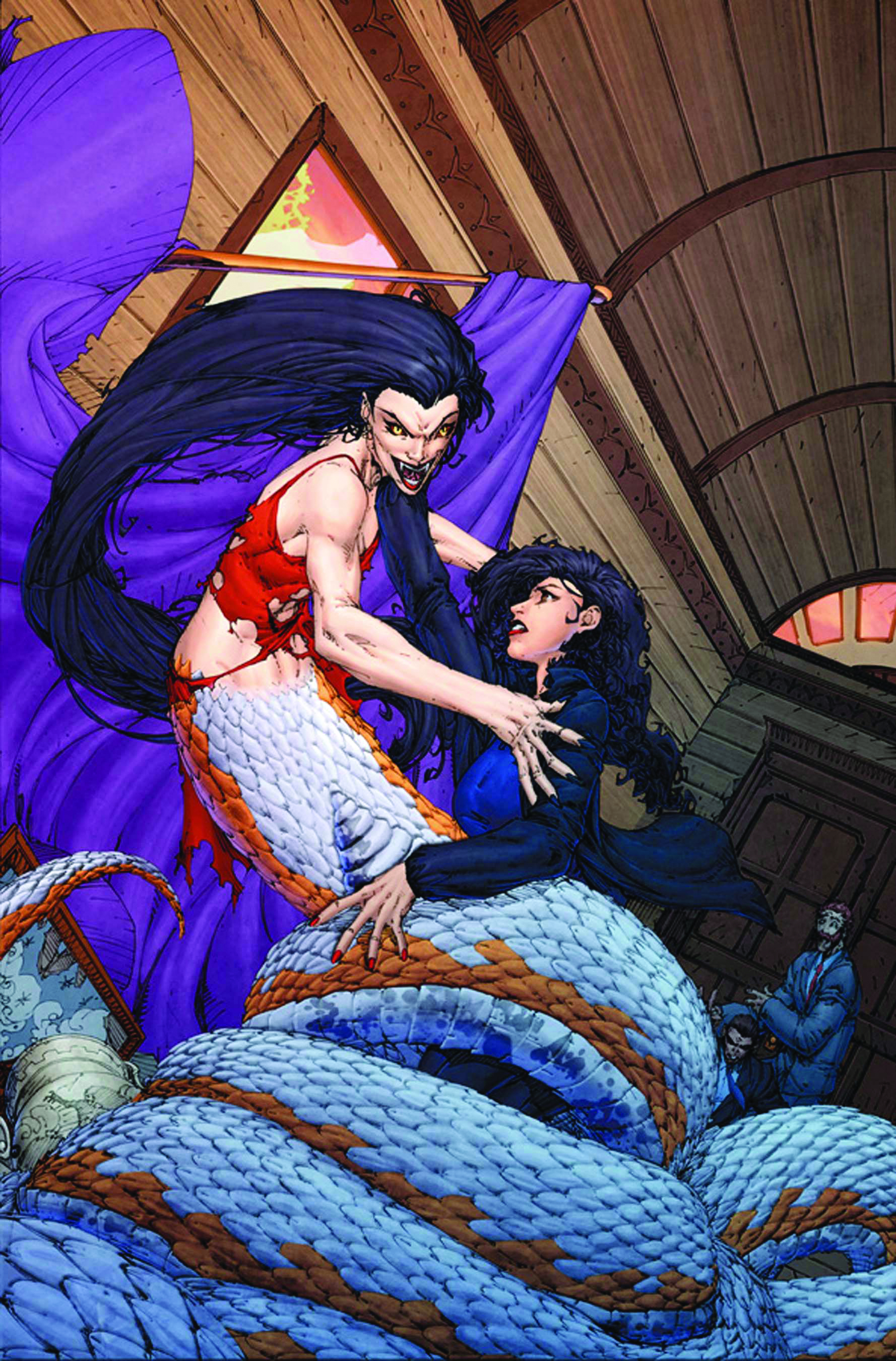 MAR110637
(W) Jess Booth, Laurell K. Hamilton (A) Ron Lim (CA) Brett Booth
Written by Laurell K. Hamilton & Jess Booth
Pencils by Ron Lim
Cover by Brett Booth
FROM BESTSELLING AUTHOR LAURELL K. HAMILTON:
A new series of vampire attacks have kept Anita's hands full. This time, it seems that this is the work of a pack of vampires instead of a lone predator - and they've been after Anita for the name of the Master of the City, but she won't give up Jean-Claude. But will protecting Jean-Claude cost her something more dear?
32 PGS./Mature