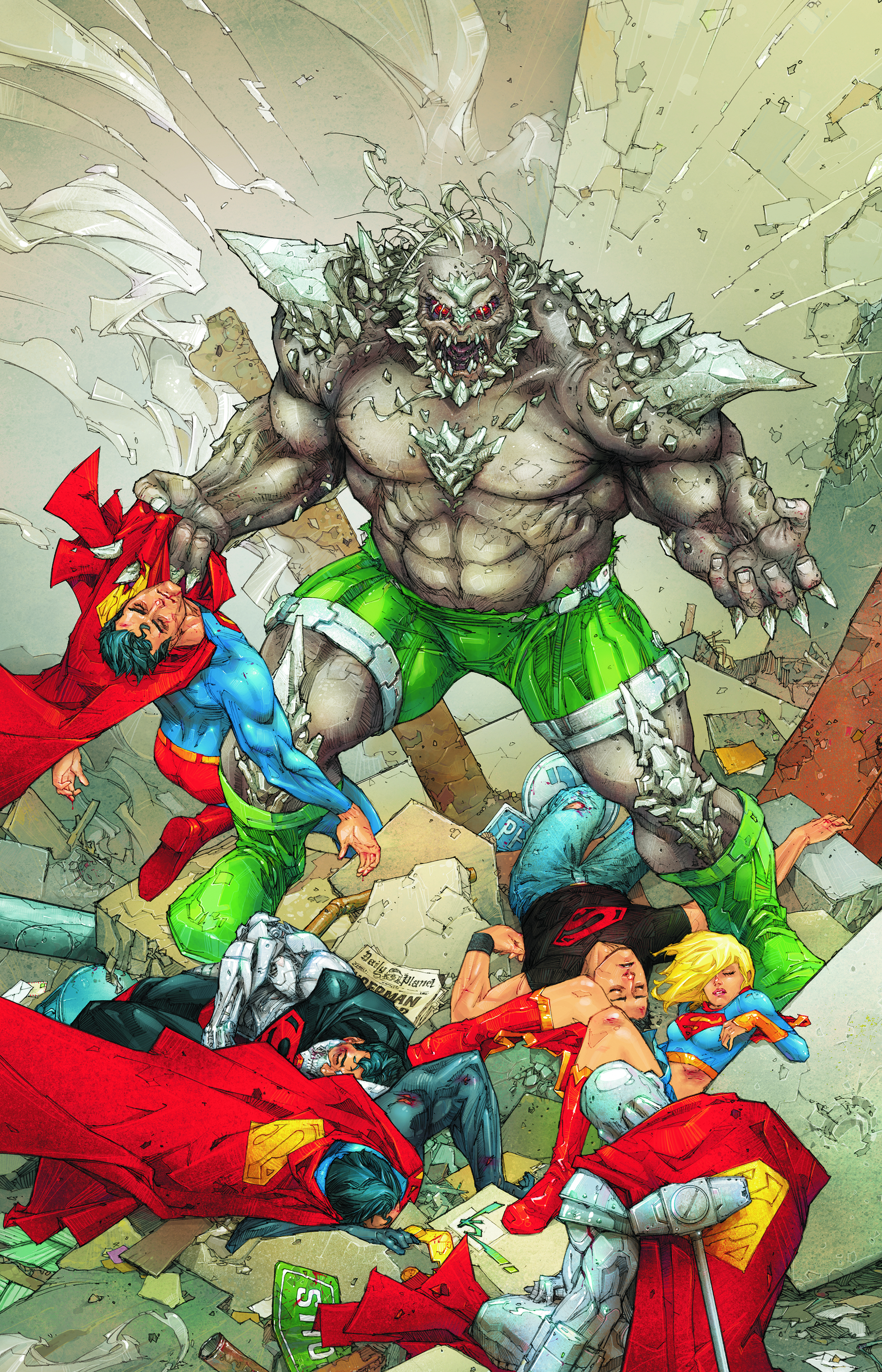 MAR110274
(W) Paul Cornell (A) Kenneth Rocafort (CA) Dan Jurgens
Written by PAUL CORNELL
Art and Cover by KENNETH ROCAFORT
1:10 Variant cover by DAN JURGENS
We can't tell you much about this issue without ruining some of ACTION COMICS #900's surprises, but suffice it to say, Doomsday's back - and you've never seen him like this before! Doomsday's first appearance brought about the "Reign of the Supermen," where four characters - Superboy, Steel, Cyborg Superman, and Eradicator - came onto the scene to try to fill Superman's shoes. Now, with "Reign of Doomsday," it looks like Superman might need to fill their shoes!
On sale MAY 25