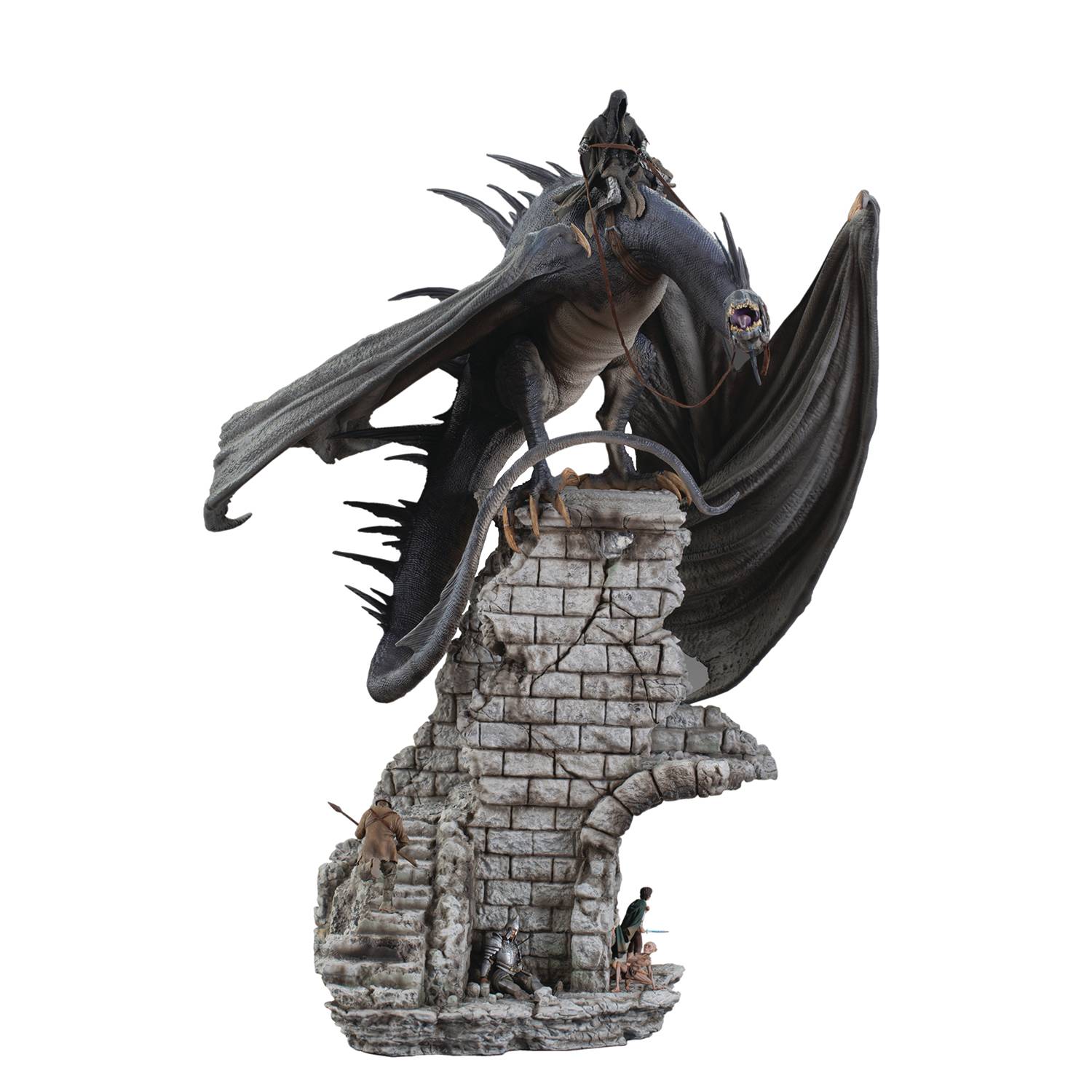 # # # #
JUN228616
From Iron Studios. Described as large winged creatures, without feathers, It is likely that Fell Beasts came from an older world. Ridden by the the Nazgul in The Lord of the Rings, this work of art from Iron Studios refers to the Battle of the Fields of Pelennor, where the Wizarding King of Angmar and the Nazgul, ride their fallen beasts in the battle against King Théoden of Rohan. The Fell Beast Diorama Demi Art Scale 1/20 Statue is made from handpainted polystone and measures 27.5" (H) x 19.6" (W) x 24" (L).
In Shops: Sep 28, 2022
SRP: $999.99
ORDER WISH LIST