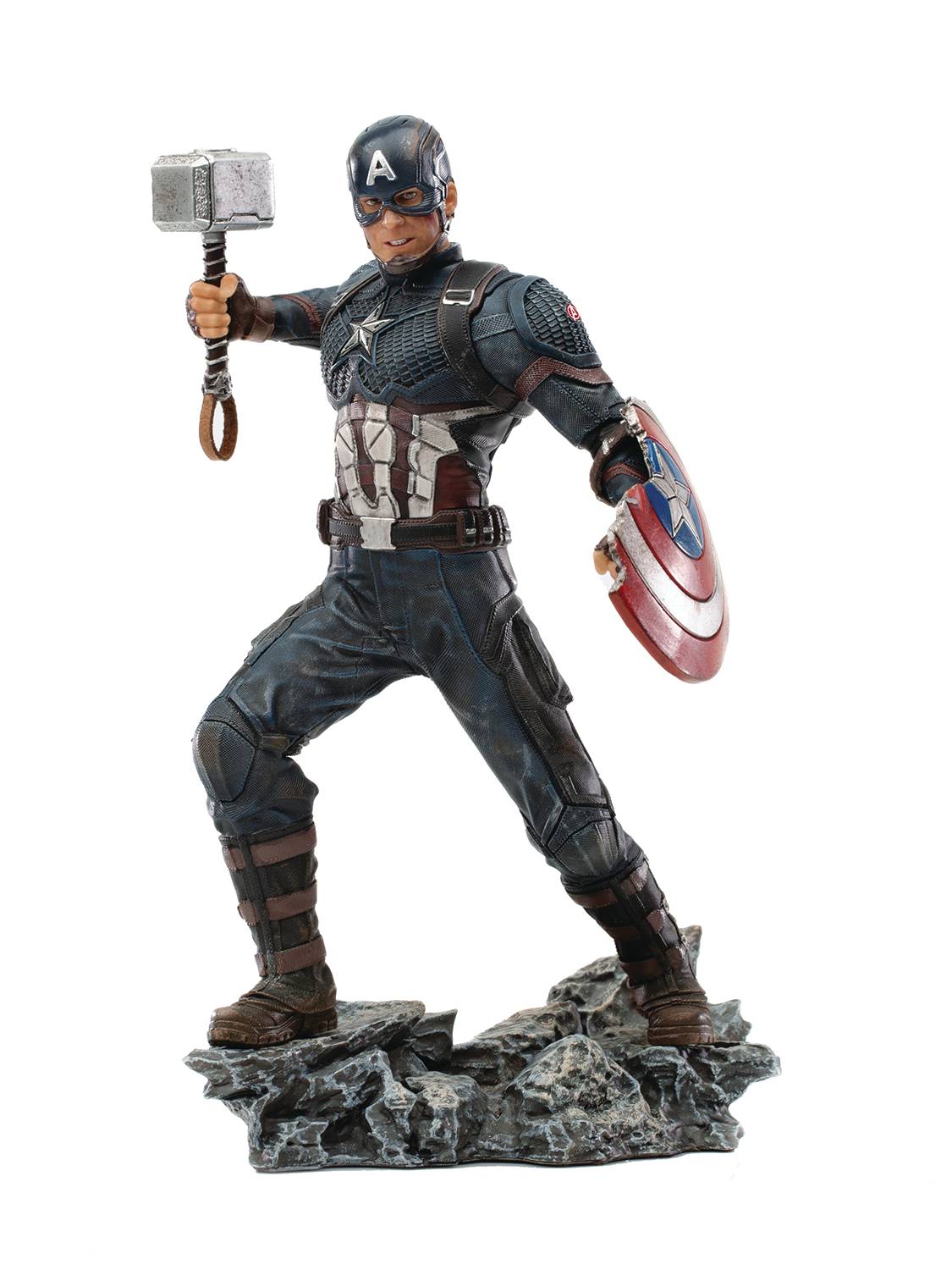 # # # # # #
JUN228488
From Iron Studios. Iron Studios, in partnership with Marvel Entertainment, celebrates its historic and adored cinematographic universe with the Infinity Saga line, reproducing new statues derived from the most memorable scenes from Marvel movies! The Captain America Ultimate BDS Art Scale 1/10 - The Infinity Saga statue from Iron Studios, features the legendary Steve Rogers with his shield on his left arm,and the enchanted Mjölnir in his right hand, something only allowed to the most worthy.!This 1/10 scale statue is part of a diorama set that depicts the titular scene in Avengers: Endgame where Thor, Iron Man, and Captain America rally together to face off against their greatest foe yet! (Each sold separately.) Display the three together to immortalize this moment in your collection with Iron Studios!