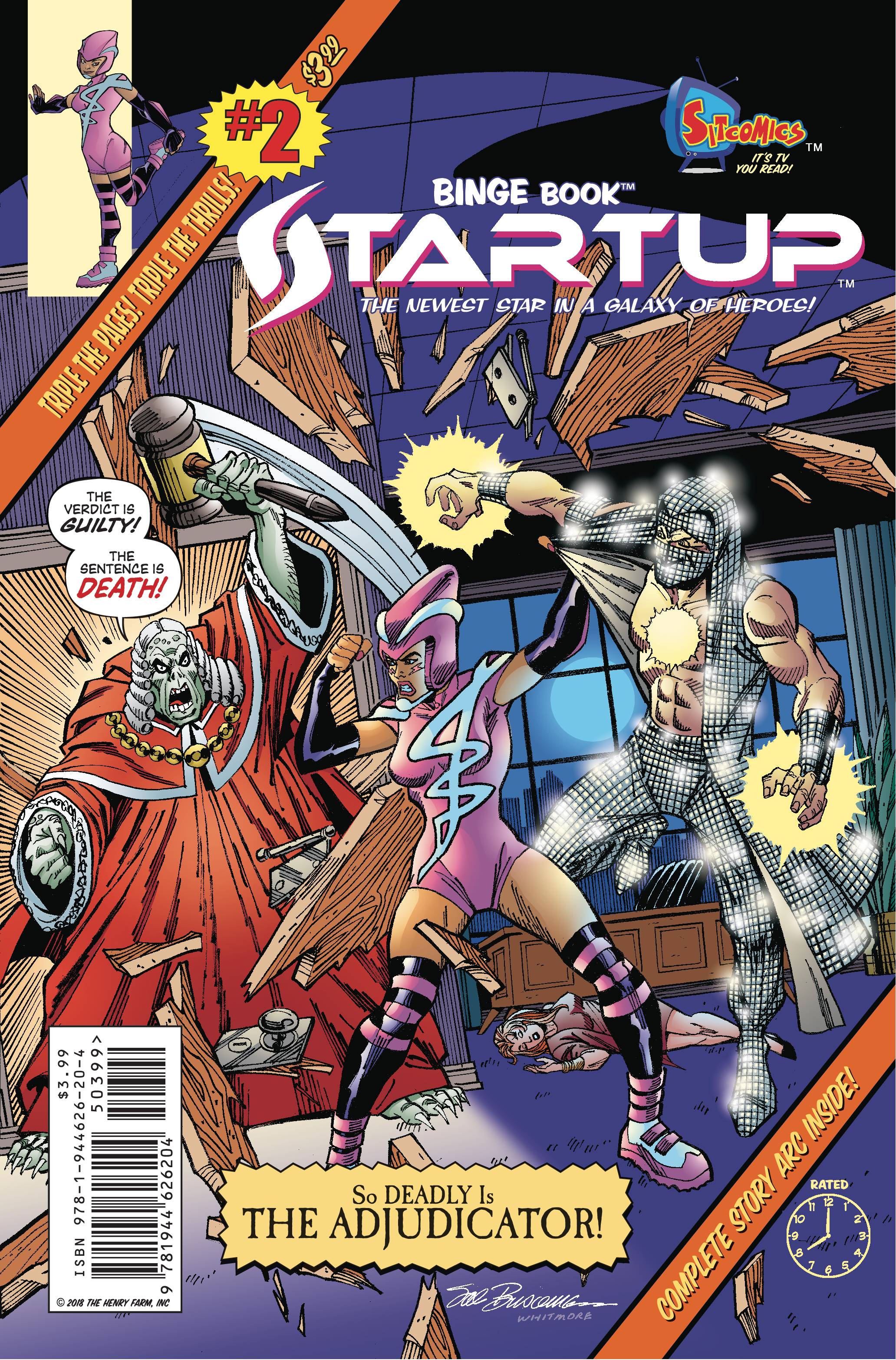 #
JUN221344
(A) Craig Rousseau (CA) Sal Buscema
A monstrous vigilante is killing off super-villains! Can the sensational speedster called Startup stop him? Does she even want to? Darin Henry, Craig Rousseau and legendary cover artist Sal Buscema join forces to bring you this triple-sized, standalone epic featuring the origin and first appearance of The Adjudicator!
In Shops: Aug 31, 2022
SRP: $3.99
View All Items In This Series
ORDER SUBSCRIBE WISH LIST