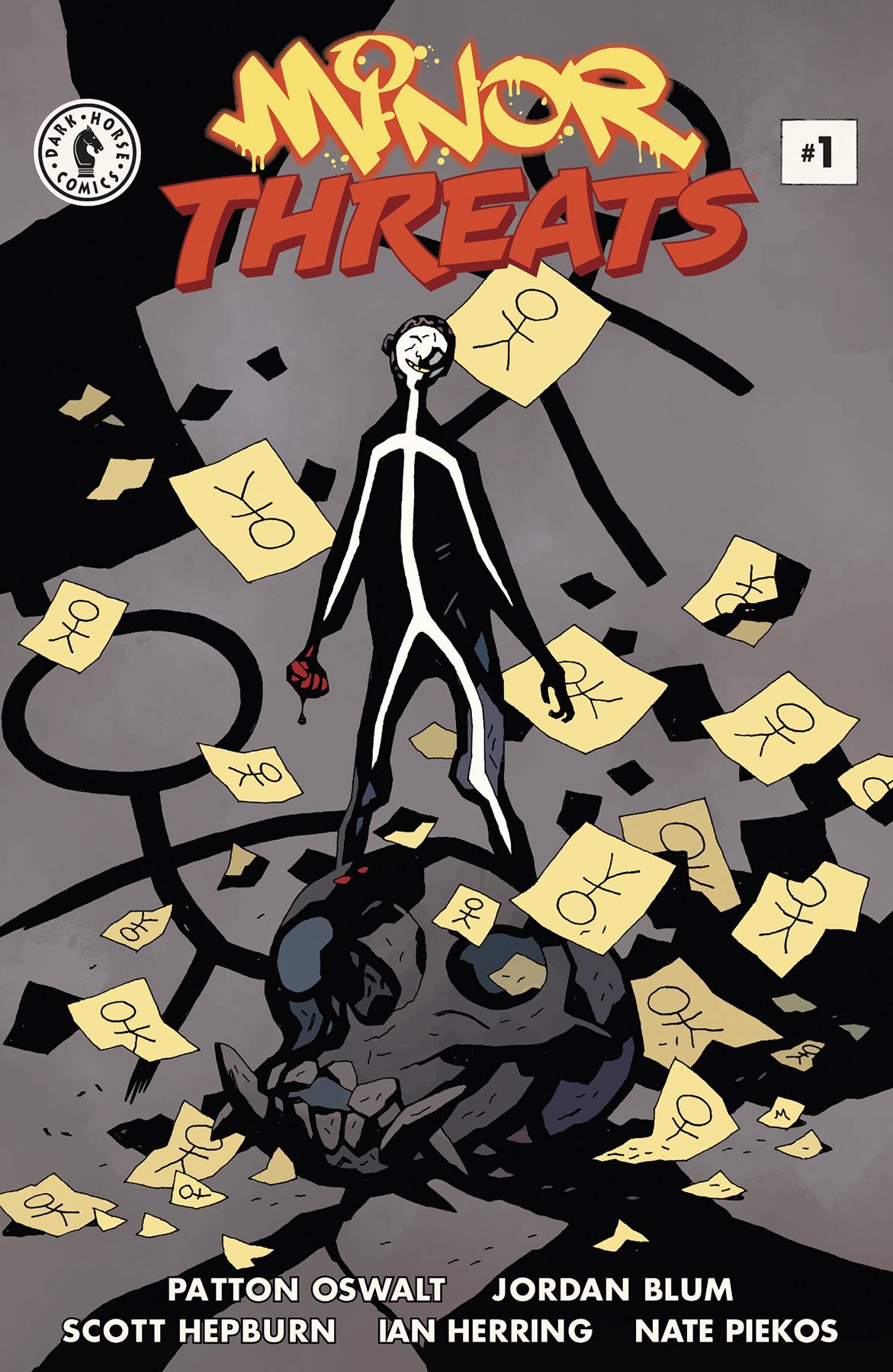 #
JUN220465
(W) Patton Oswalt, Jordan Blum (A) Scott Hepburn (CA) Mike Mignola, Dave Steward
It's hard out there for a supervillain. Not the world conquerors, chaos engines, or arch-nemeses . . . but the little guys. The ones who put on uniforms, knock over jewelry stores, and get tied to poles. And things are about to get worse. The psychotic Stickman has murdered Kid Dusk, sidekick to Twilight City's premier crime-fighter, the Insomniac. The Insomniac's teammates are tearing Twilight apart, turning it into a police state-desperate to capture Stickman and stop the Insomniac from "crossing that final line" in which he may never come back from. Caught in the middle are the small-time c-list villains, finding it impossible to walk down the street without being harassed by these heroes. With a bounty on the Stickman's head, former villain Playtime decides to assemble a ragtag team of villains to take down the Stickman and kill him themselves.
In Shops: Aug 24, 2022
SRP: $4.99
View All Items In This Series
ORDER SUBSCRIBE WISH LIST