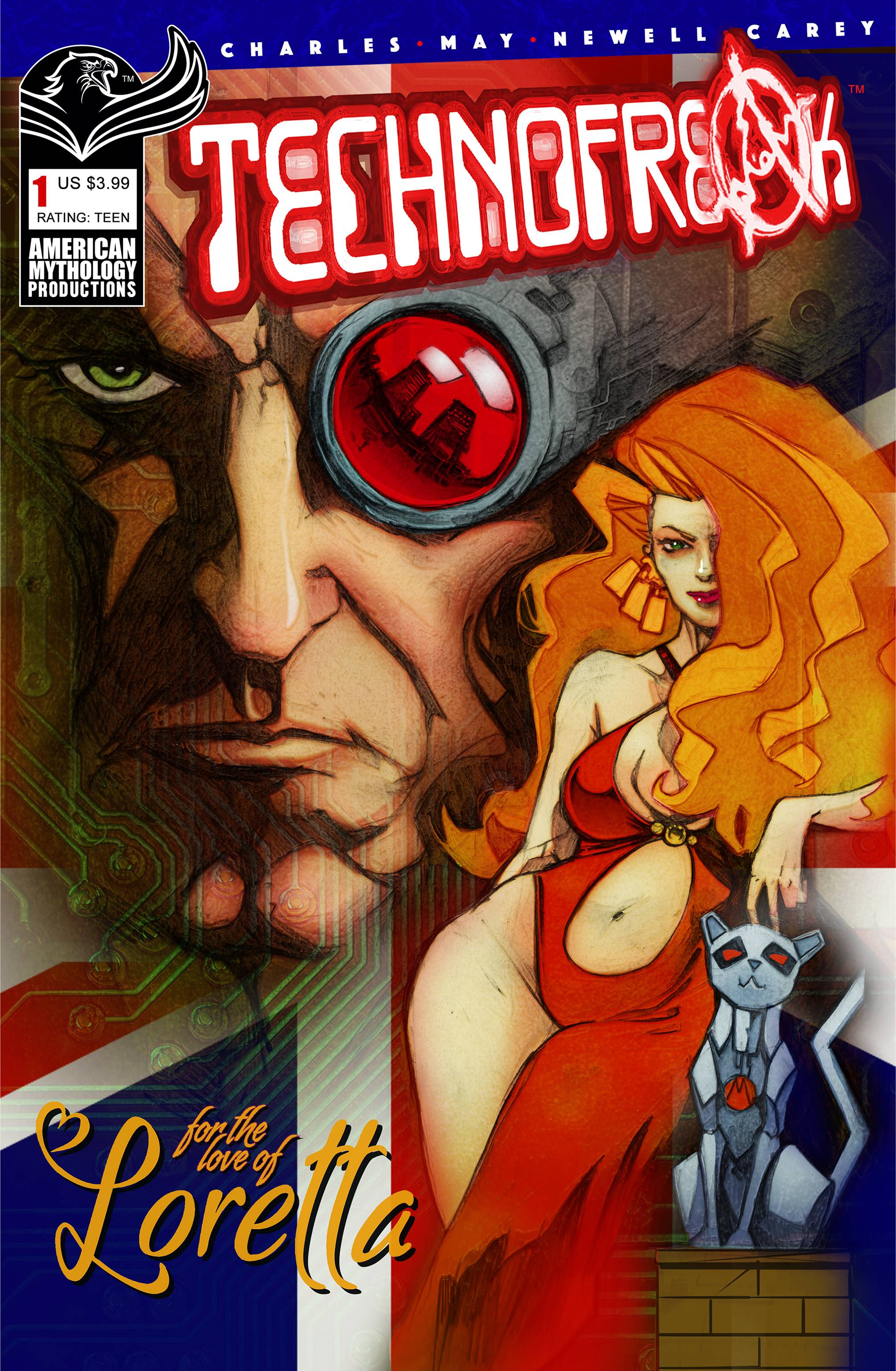 #
JUN211233
(W) John Charles, Barry May, Mike Carey (CA) John Charles (A/CA) Tom Newell
Welcome to London 3026, the grimmest of futures. Cybernetic implants have altered Jon Sherlok's consciousness and gift him with the ability to hack into any electronic systems, but at a cost; he can feel the edges of his humanity collapsing. TechnoFreak is a combination of the best sci-fi and film noir. It's Blade Runner on acid, mixed with outrageous humor. A smash-hit indie in the UK, now in the USA. That's right, the country that brought you Mary Poppins, James Bond, and Harry Potter, now brings you TechnoFreak, along with his talking robot cat, Maurice. Things will never be the same again! Featuring a back-up story written by comics legend, Mike Carey.
TechnoFreak: It ain't Marvel and it ain't P.C.