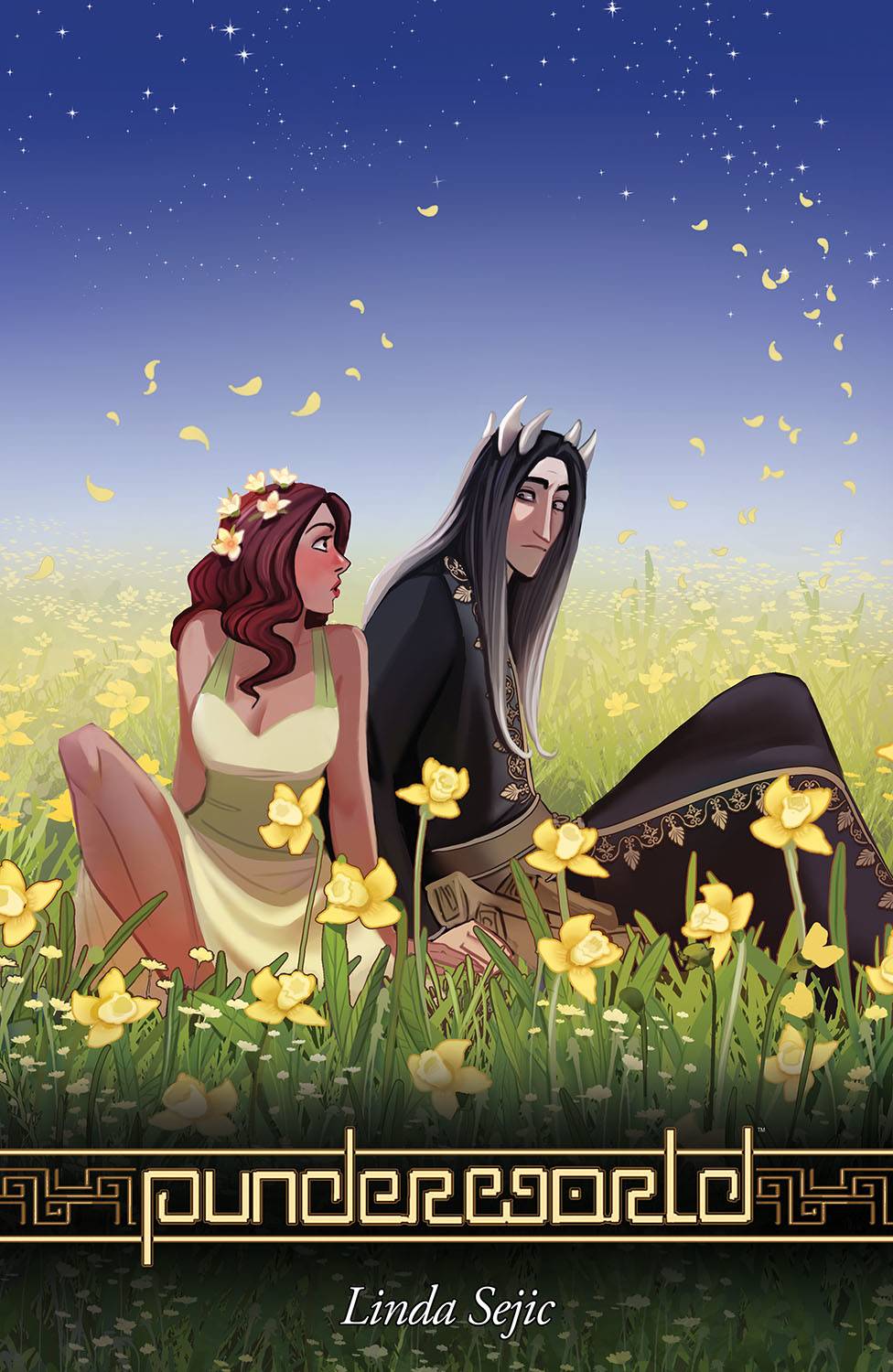 The classic tale of Greek mythology, but 100 percent more awkwardly relatable. Hades is the officious, antisocial ruler of the Underworld. Persephone, daughter of Demeter, is an earth goddess of growth and renewal - they've been crushing on each other for the past two centuries. But when a festival (and a little liquid courage) present an opportunity to put an end to their Olympian will-they-won't-they, a meddlesome pantheon and several titanic mis-assumptions threaten to give every god in the sky the wrong impression... and leave their romance dead before it can bloom.
In Shops: Aug 25, 2021
SRP: $16.99
View All Items In This Series
PREORDER SUBSCRIBE WISH LIST