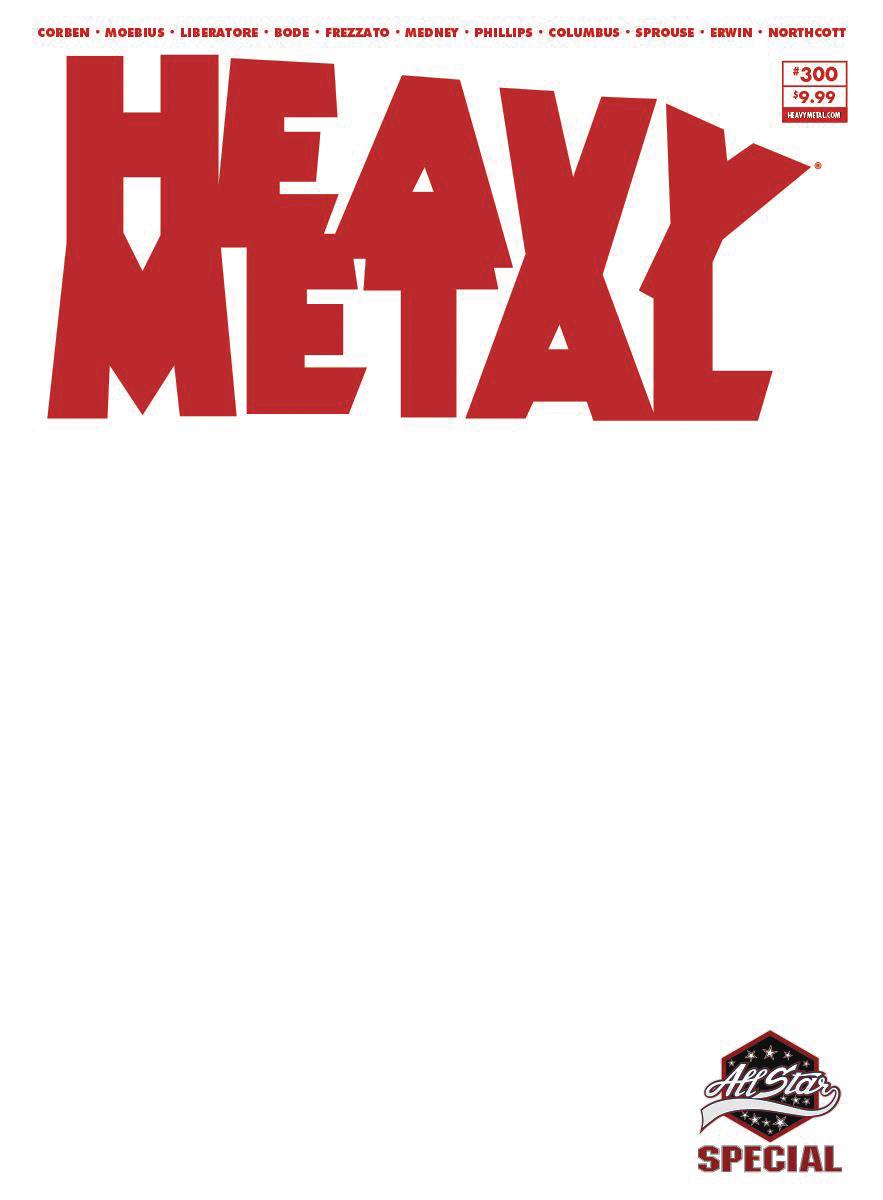 Classic and new comic book creators from all over the world join the magazine to celebrate its 300th issue!

And this party could not be complete without the fictional characters who attend it. Among the prominent fictional guests, we have confirmation of: Taarna, Nelson the B52 Bomber, Lucy the Australopithecus, the barbarians Vasator and Crunch, and the Dark Wing crew, among many others.