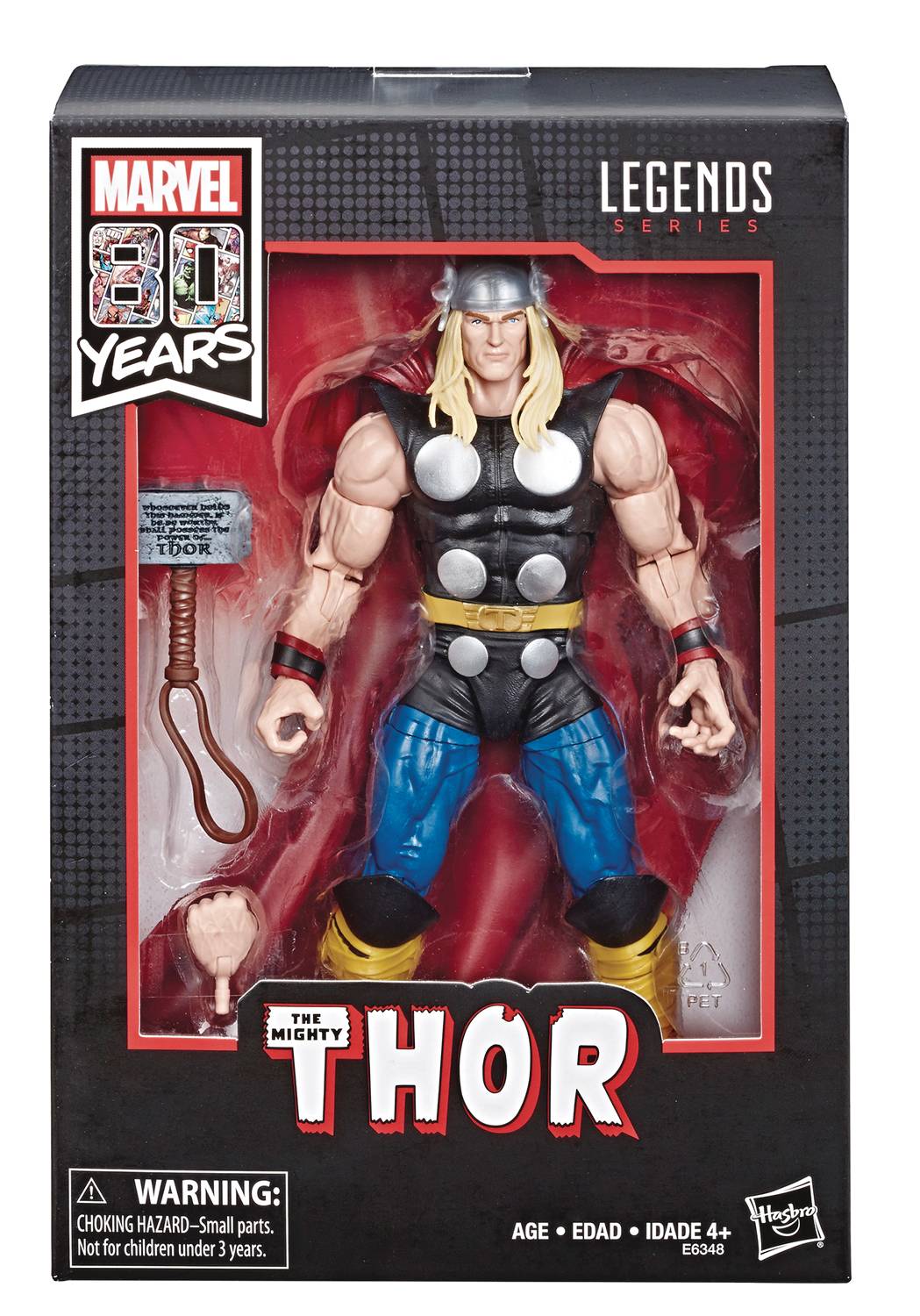 # #
JUN198658
Celebrate the 80th-anniversary of Marvel Comics with this Thor 6-inch-scale action figure from the Marvel Legends series. Thor, the God of Thunder, wields the mystical uru hammer Mjolnir as he protects innocents across the realms on his own and as a member of the Avengers! This Thor figure comes with an alternate hand and Mjolnir, allowing fans to create dynamic poses and imagine the super-heroes battling one another or teaming up to defeat a common enemy! Window box packaging.
In Shops: Sep 11, 2019
SRP: $24.99