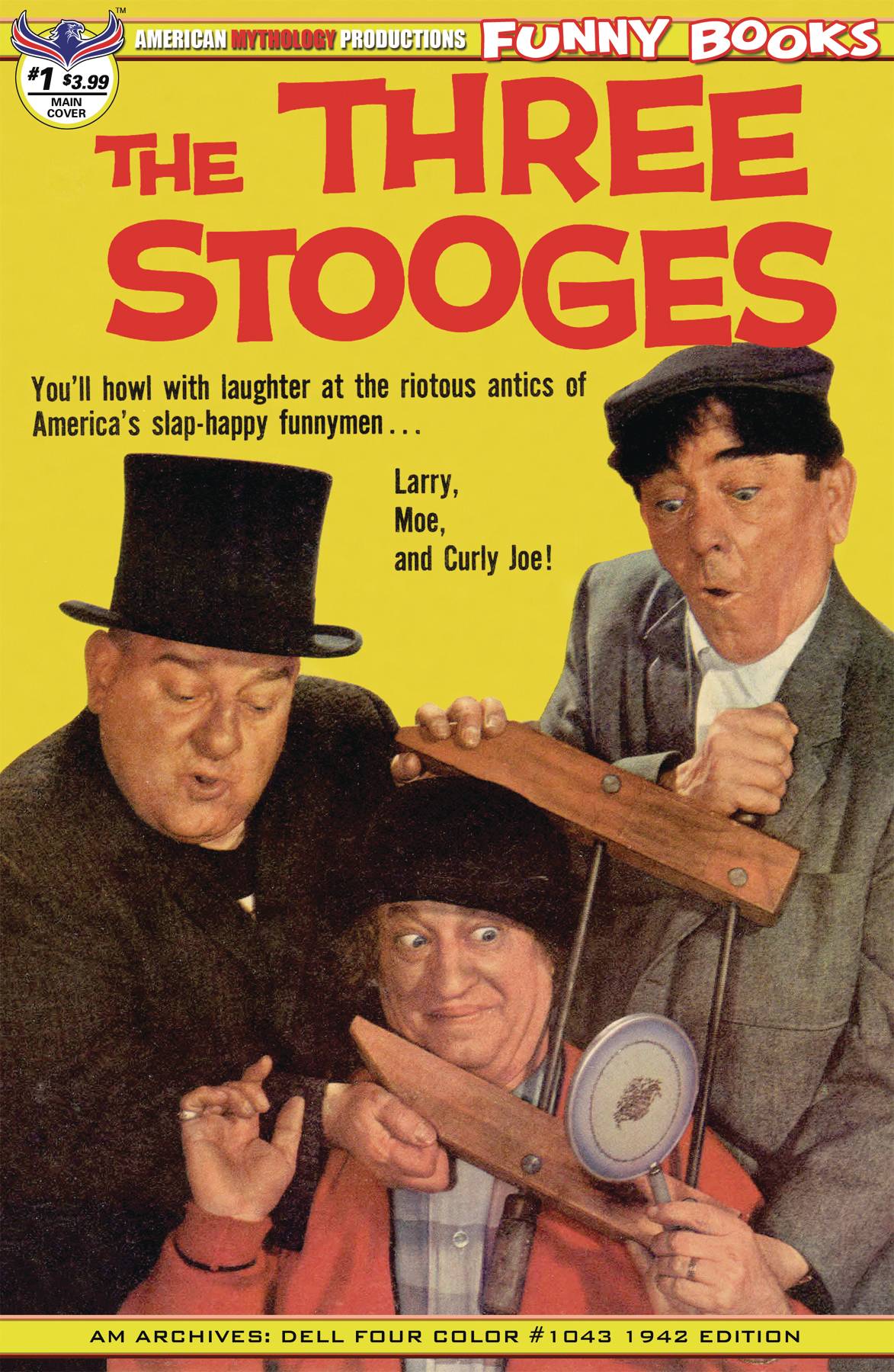 #
JUN191414
(W) Various (A) Pete Alvarado, Tony Dipaolo
Remember when comics only cost a dime? We don't either...but they were! And you can get the original Three Stooges first appearance in Four Color Dell comics (reprinting issue #1043) in all its Stoogetastic glory! Stories include "Westward Whoa," "Yukon Yokels," "Alaska," and a bunch of fun stuff from The Three Stooges heyday! The Three Stooges #1 Four Color 1959 is available in two covers - Main Photo and a nostalgic Limited Edition B&W Cover!
In Shops: Sep 25, 2019
SRP: $3.99
View All Items In This Series
ORDER SUBSCRIBE WISH LIST