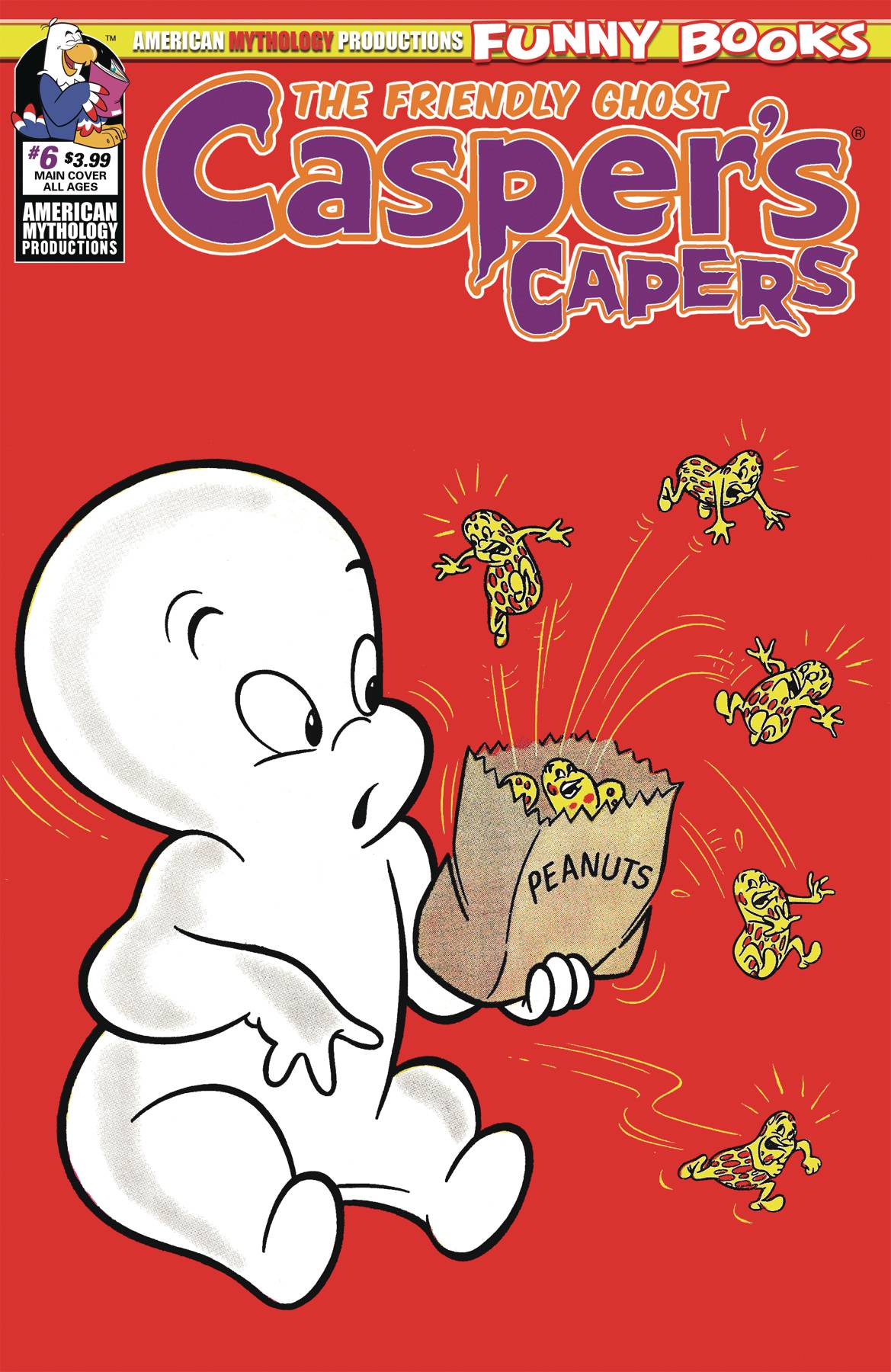 #
JUN191394
(W) Various (A) Warren Kremer (CA) Jeff Scherer
It's a crazy, "comic book artist" edition of Casper's Capers! In a special, three-part classic, Casper tells his tales to a comic book artist, who draws the friendly ghost's stories in hilarious detail! Next, Hot Stuff tries to celebrate his Friday the 13th birthday, but all does not go as planned. Also in this fun-filled issue, Casper and Spooky decide to attend an elementary school, but the "tuff little ghost" wants nothing more than to turn the class upside-down with his mischief! Enjoy some of your favorite all-time Casper and pals action for the first time in decades, newly-colored for a new generation of readers! Casper's Caspers #6 is available in two covers - Main and a nostalgic Retro Animation Limited Edition Cover!
In Shops: Aug 28, 2019
SRP: $3.99
View All Items In This Series
ORDER SUBSCRIBE WISH LIST