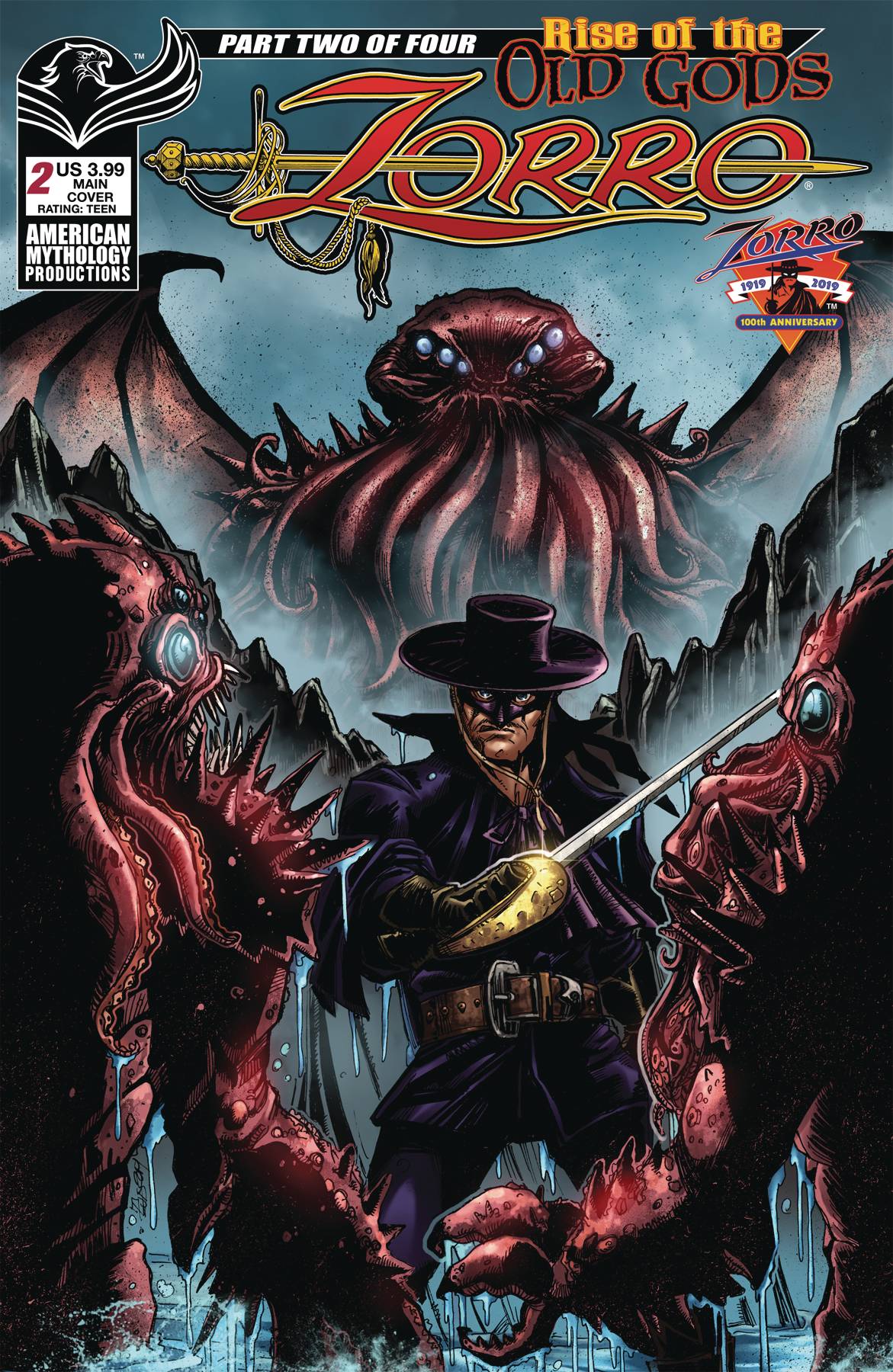 #
JUN191392
(W) Jason Pell (A/CA) Puis Calzada
The sea holds many dark secrets, but when the horrors of the deep invade the surface realm, only Zorro stands between them and the grueling future of the risen old gods! Swashbuckling adventure meets Lovecraftian terror in a series that pits Zorro against the unrelenting hordes of Cthulhu. Zorro Rise of the Old Gods #2 is available with two covers - Main Cover by Puis Calzada and a Limited Edition 1/350 Pulp cover also by Calzada!
In Shops: Oct 09, 2019
SRP: $3.99
View All Items In This Series