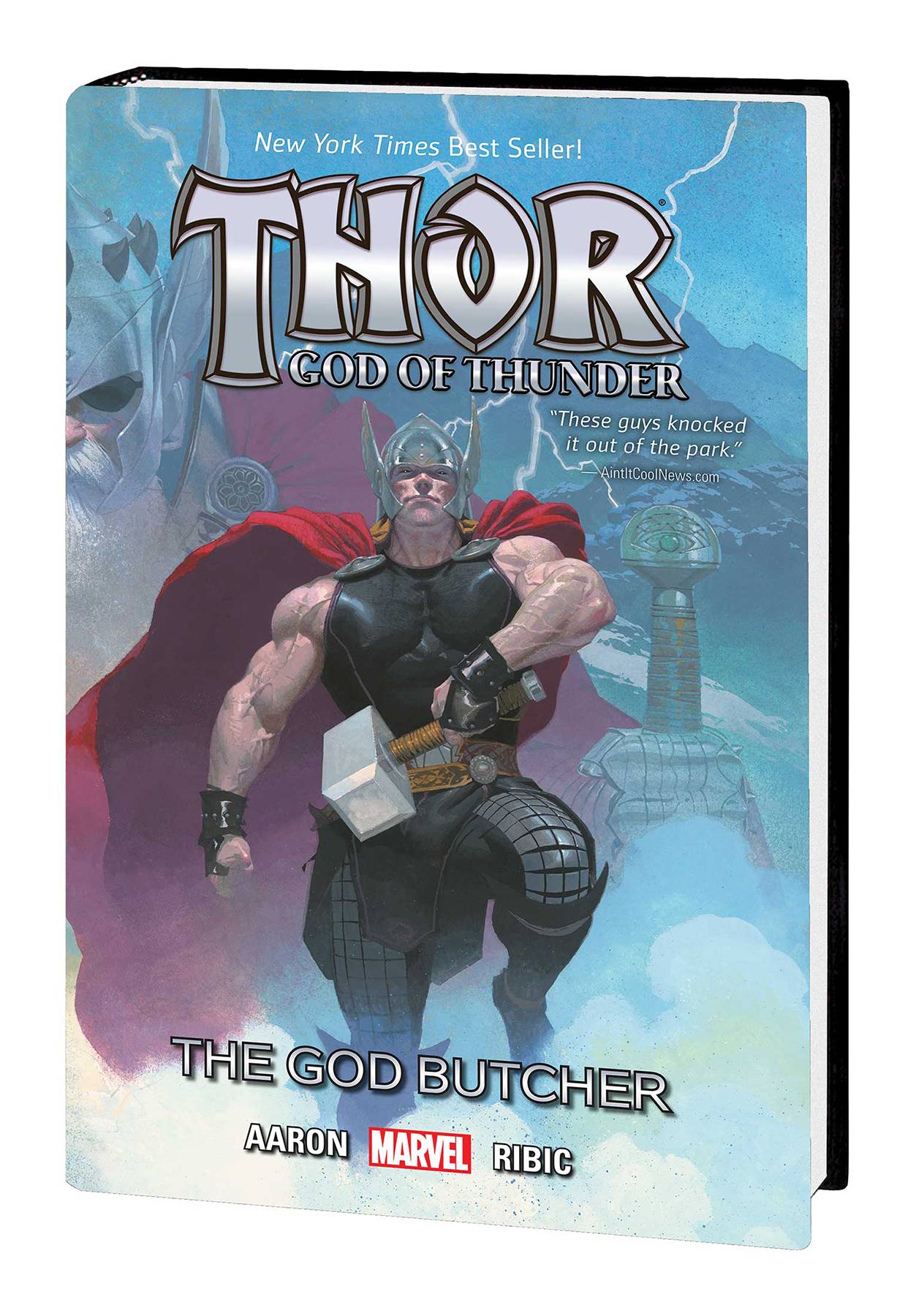 #
JUN191037
(W) Jason Aaron (A/CA) Esad Ribic
Continuing the series of graphic novels handpicked by Marvel Editorial to showcase pivotal story lines written and drawn by some of Marvel's most acclaimed creators! A trail of blood threatens to consume Thor's past, present and future! Throughout the ages, gods have been vanishing, their mortal worshippers left in chaos. The only hope for these ravaged worlds is for Thor to unravel the gruesome mystery of the God Butcher! In the distant past, the Thunder God discovers a forgotten cave that echoes with the cries of tortured gods - but soon finds himself among them! In the present, Thor follows the bloody wake of murdered gods across the depths of space. And thousands of years from now, the last god-king of a ruined Asgard makes his final stand against the God Butcher's berserker legions. As three Thors from three eras race to stop the God Butcher, the full extent of his vicious scheme takes terrifying shape! Collecting THOR: GOD OF THUNDER #1-5.
Rated T+
In Shops: Dec 04, 2019
SRP: $24.99