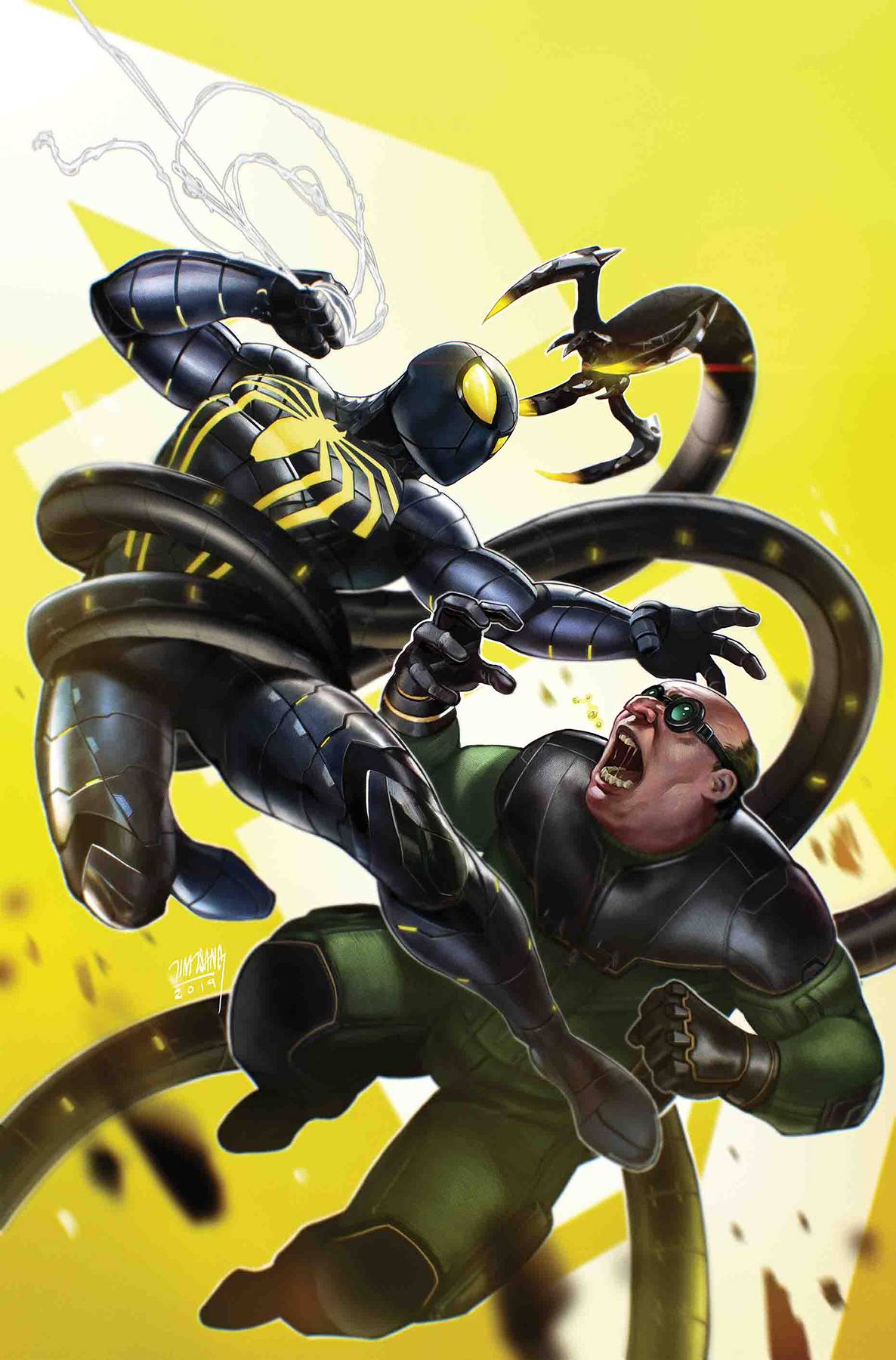 #
JUN190925
(W) Dennis "Hopeless" Hallum (A) Michele Bandini (CA) Tim Tsang
SPIDER-MAN VS. DOC OCK - THE FINAL SHOWDOWN!
•  SPIDER-MAN faces his emotionally and physically devastating Boss Battle as the student faces his former teacher, DOCTOR OCTOPUS!
•  Even equipped with his new ANTI-OCK suit, will the wall-crawler have what it takes to stop his former mentor's mad scheme?
•  And with the lives of NORMAN OSBORN, MARY JANE WATSON and Peter's AUNT MAY on the line, will he be able to save them all?
•  PLUS: Another behind-the-scenes look at the blockbuster video game!
Rated T
In Shops: Aug 21, 2019
SRP: $3.99
View All Items In This Series