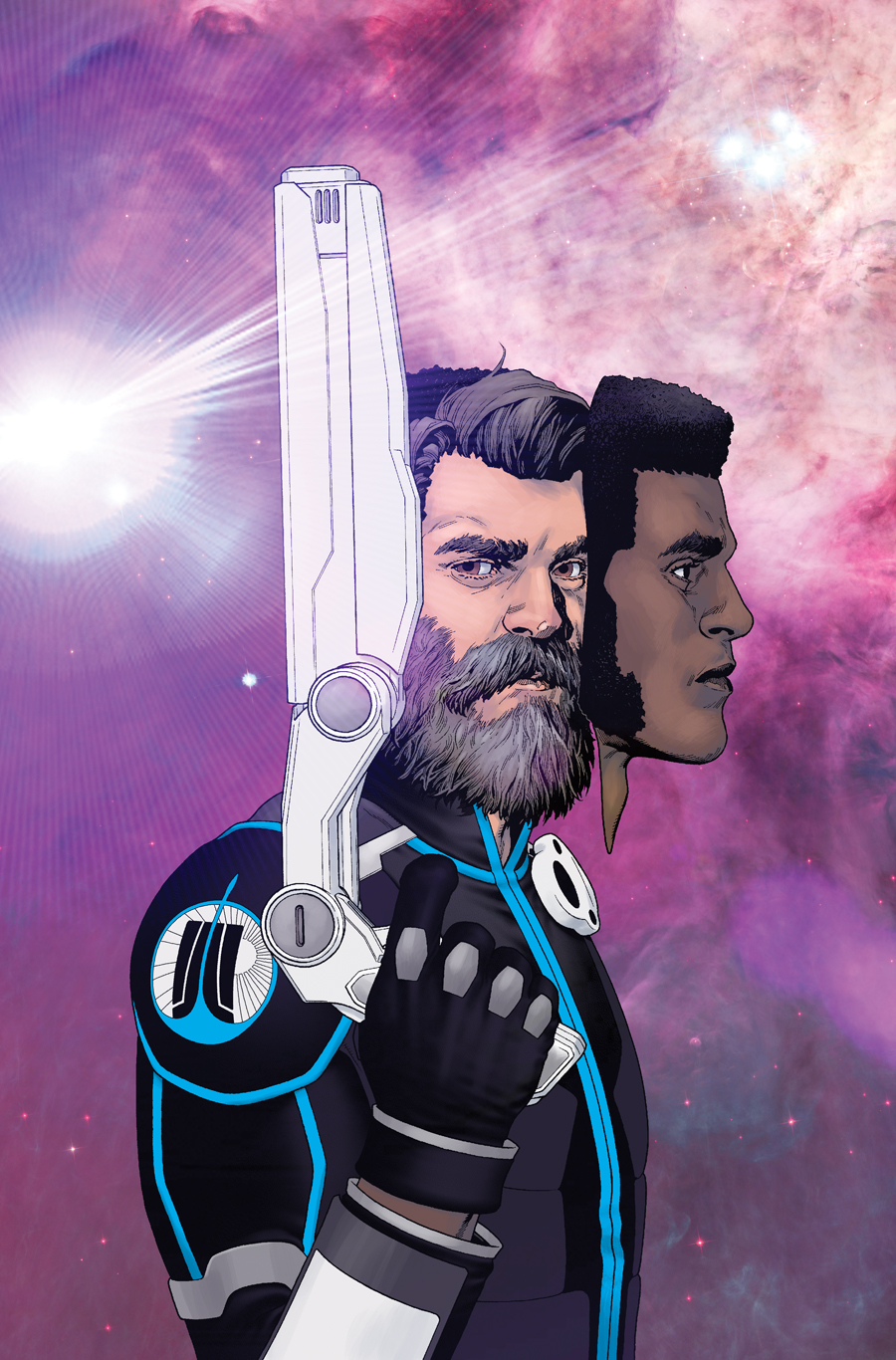 JUN181342
(W) Zac Thompson, Eric Bromberg, Donny Cates (CA) Dan Brown (A/CA) Andy Clarke
The science fiction epic of the summer continues!
Equal part The Fifth Element and Philip K Dick, RELAY is an exploration of monoculture, identity and the deceptive nature of legend set in a thriving future where humanity forcibly assimilates new worlds. Every newly discovered planet is unified culturally through a monolithic structure known as the Galactic Relay-a structure that many across the galaxy resent.
The one wish of the Relay has been fulfilled but what secrets does Hank Donaldson's world hide? And just how far will the mysterious interstellar savior go to keep them?
Written by Zac Thompson (Cable, The Dregs, HER INFERNAL DESCENT) with art by Andy Clarke (REPLICA, Batman) and a story conceived by Zac Thompson, Eric Bromberg (PESTILENCE) and Donny Cates (BABYTEETH, Doctor Strange, Thanos, Venom, God Country), this is a powerhouse of a series that could only be told at AfterShock.
In Shops: Aug 08, 2018
SRP: $3.99
View All Items In This Series