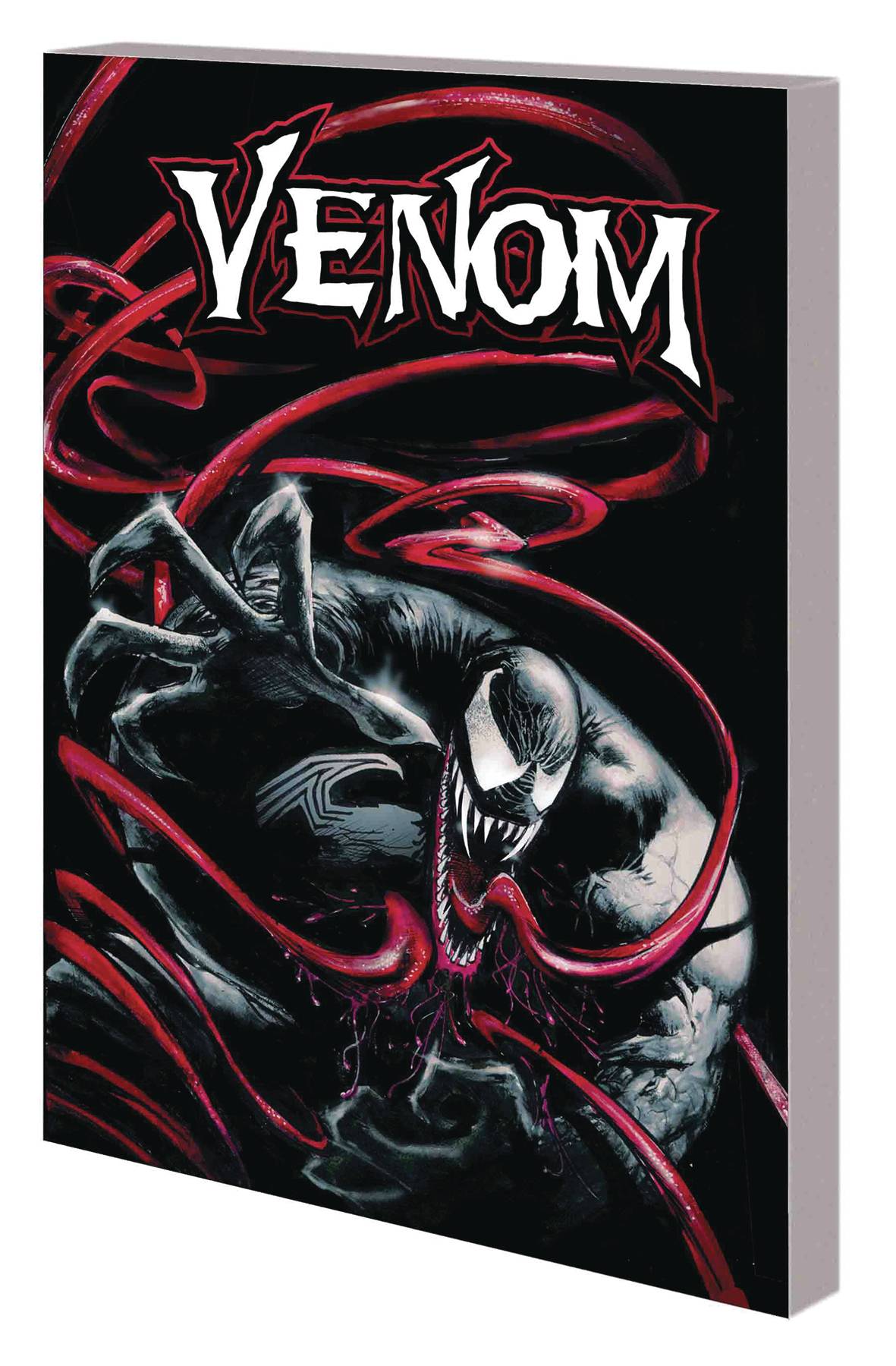 #
JUN180974
(W) Daniel Way (A) Francisco Herrera, Paco Medina, Various (CA) Sam Kieth
Daniel Way's tense and thrill-packed run is collected in one volume! Somehow separated from Eddie Brock, the Venom symbiote has resurfaced near the Arctic Circle - hopping from host to host with the greatest of ease and on the run from enigmatic forces with their own agenda for the elusive alien. Ravenously hungry and craving adrenaline to satiate its appetite, the symbiote seeks out people experiencing intense, base emotions such as rage, jealousy and hatred. As it cuts a bloody swath toward civilization through Canada's northern regions, it sets its sights on a short, hairy guy with a bad temper: the X-Men's Wolverine! And as the action moves to New York City, Spider-Man and the Fantastic Four are forced to play damage control as not one but two bloodthirsty Venom creatures cause havoc! Heeere's Eddie! Collecting VENOM (2003) #1-18.
Rated T+
In Shops: Sep 19, 2018
SRP: $34.99
ORDER WISH LIST