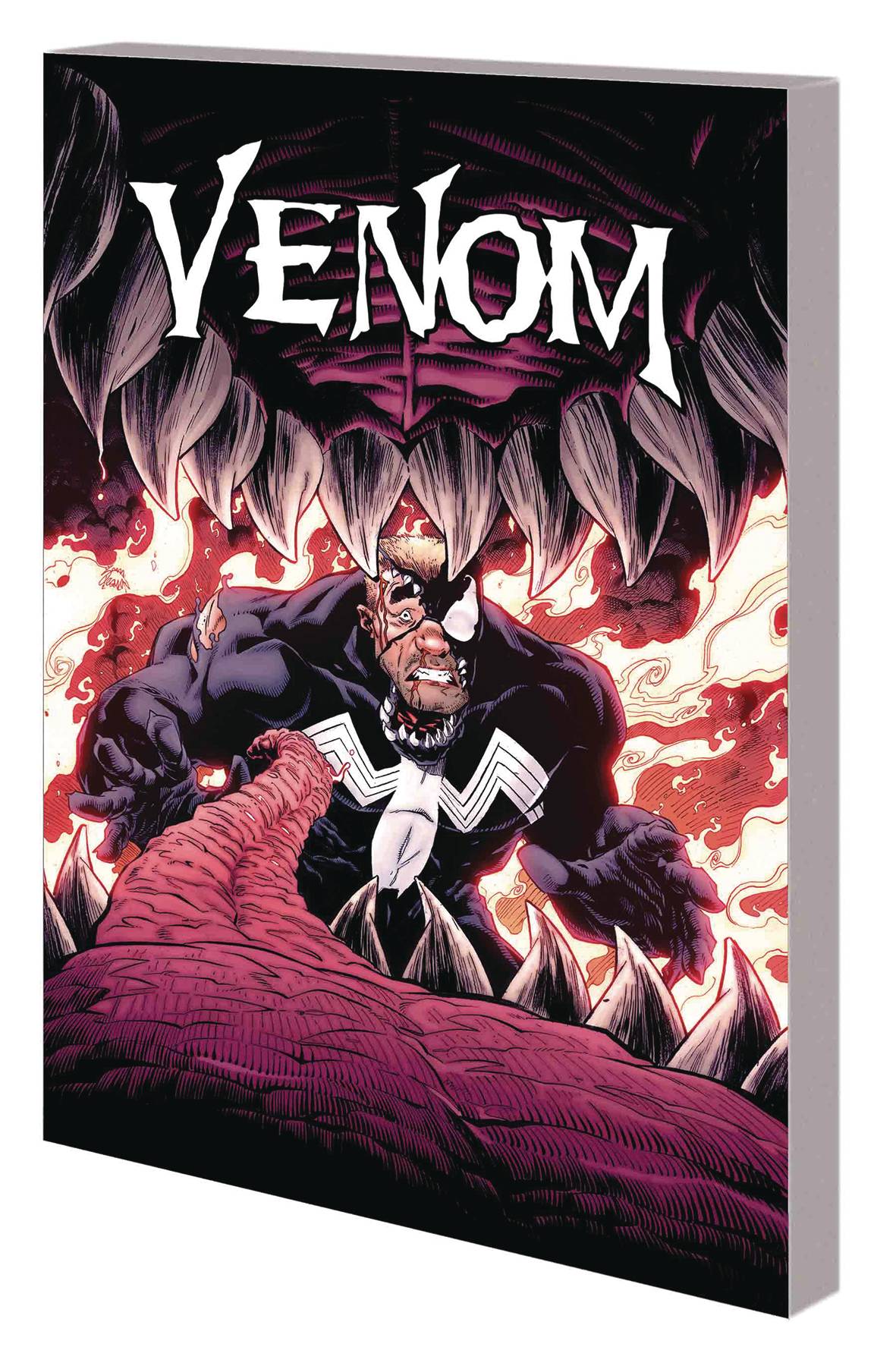 #
JUN180973
(W) Mike Costa, David Michelinie (A) Javi Garron, Mark Bagley (CA) Ryan Stegman
Cured of the metabolic disorder that was affecting the symbiote's mental state, Eddie Brock is back to his old Lethal Protector self. But a certain wall-crawling super-sleuth can't just forget his recent crimes - and when Spider-Woman breaks down his door, it's Venom vs. venom blasts! Soon, Eddie learns a terrible truth: His "other" has been keeping an earth-shattering secret from him - one that will change everything! And at exactly the wrong time, a new enemy threatens to tear Eddie and the symbiote apart - and not just from each other! Plus: Relive the first classic clash with Venom's odious original offspring, the psychopathic Carnage! And celebrate three decades of the symbiotic sensation with a gallery of 30th anniversary variant covers! Collecting VENOM (2016) #161 and #164-165, AMAZING SPIDER-MAN (1963) #362-363, and VENOM 30TH ANNIVERSARY VARIANTS.
Rated T+
In Shops: Sep 19, 2018
SRP: $15.99
View All Items In This Series
ORDER WISH LIST