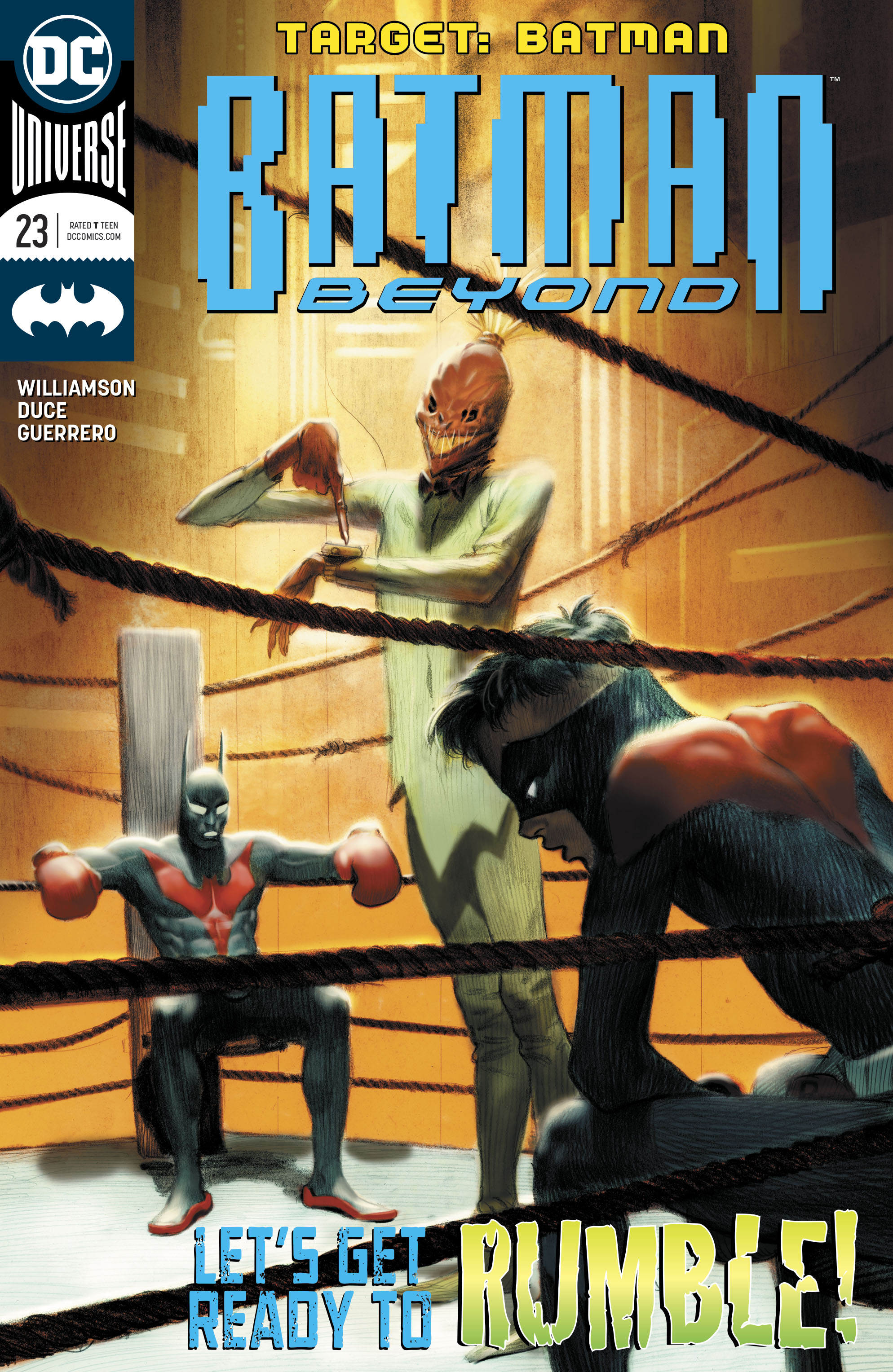 JUN180467
(W) Dan Jurgens (A) Will Conrad (CA) Viktor Kalvachev
Batman's got a bull's-eye on his back in part four of "Target: Batman." Thanks to the machinations of the Scarecrow, the entire city of Neo-Gotham is looking to take aim at the Dark Knight-including his own partner, Robin! Will hero turn against hero when fear is in the air? Elsewhere, former Royal Flusher Melanie Walker looks to upgrade her image and take on a new heroic mantle, so she seeks advice from newsman Jack Ryder-unaware that he's a total costumed Creeper!
In Shops: Aug 22, 2018
SRP: $3.99
View All Items In This Series