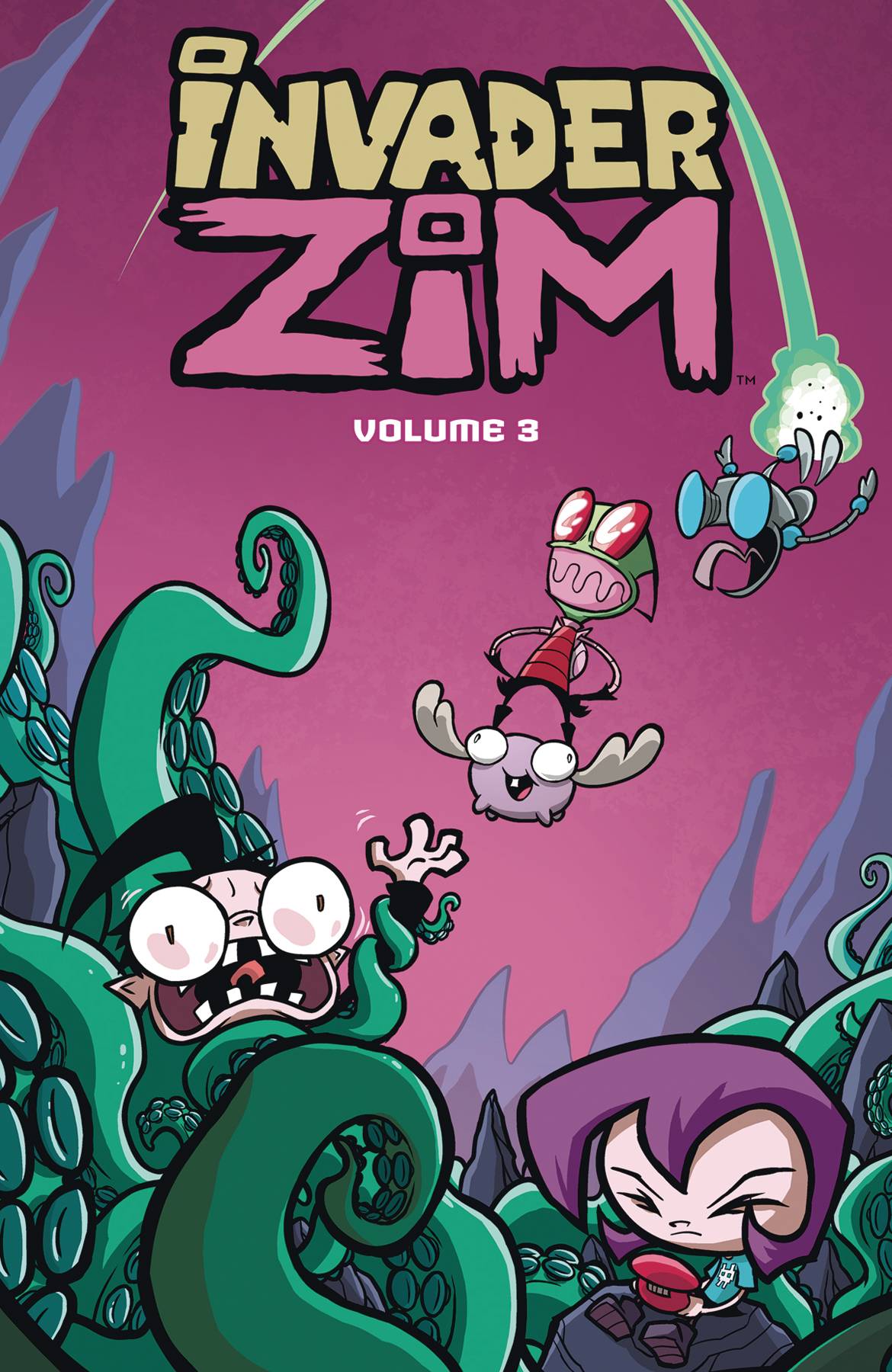 #
JUN168462
(W) Eric Trueheart, Sarah Andersen, Jamie Smart, K.C. Green, Ian McGinty (A) Sarah Andersen, K.C. Green, Ian McGinty (A/CA) Warren Wucinich
A global invasion is taking place! And it's not by any Irken named ZIM. No! This time, it's an infestation of fluffy animals! Then, an invasion of some other aliens, who want to kidnap Dib for some reason! And watch out, because Gaz is about to pull off an invasion of her own-by conquering Bloaty's Pizza Hog in a quest for the coveted Bloaty Shorts! Yes, so much invading! Now let this comic, based on the hit TV show, invade your heart. And your wallet.
In Shops: Dec 21, 2016
SRP: $19.99
View All Items In This Series