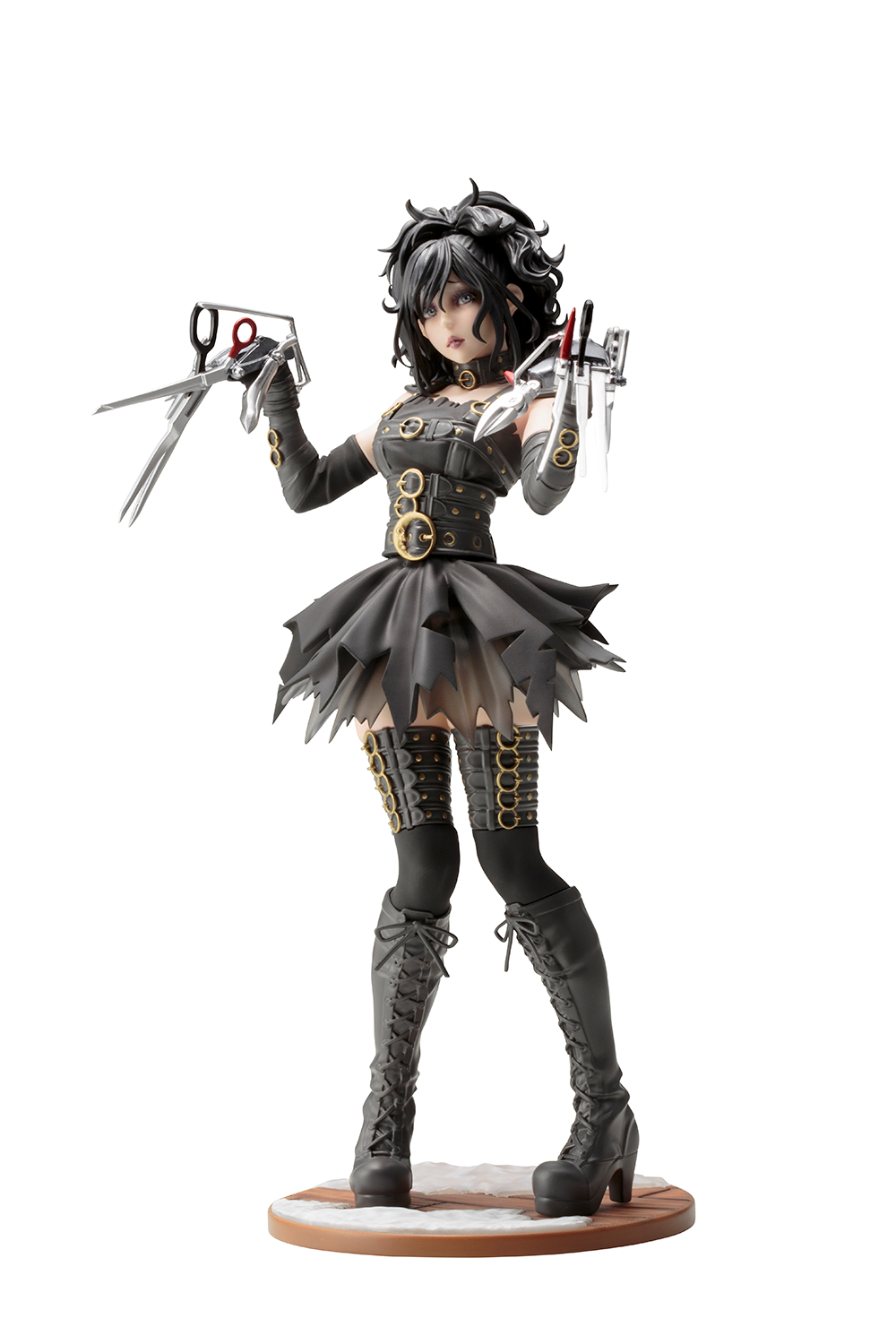 JUN162699
A KOTOBUKIYA Japanese import! Kotobukiya's elite Bishoujo Statue line has brought you beautiful characters from all manner of anime series, DC and Marvel comics, Star Wars, video games, and much more. Recently the series took a totally unique turn, transforming two horror movie icons into pretty girls with Jason Voorhees and Freddy Krueger. Now a third gender-bending film star joins the party with a stunning new Bishoujo interpretation of EDWARD SCISSORHANDS! Tim Burton's classic 1990 dark fantasy introduced the world to Edward (played magnificently by Johnny Depp), a gentle automaton with unfinished scissor hands created by a mad scientist. Now that character's iconic appendages, color scheme, and style have been interpreted by Kotobukiya based on an original illustration by Shunya Yamashita that brings Edward to life as never before. The beautiful female version stands with all the awkwardness of the film character, her feet apart and knees spread, head cocked to one side, and scissor hands held up in front of her. "Edward" wears a fantastically detailed black gothic-style outfit with tall boots, stockings, a short dress with shredded skirt, long gloves, and a choker at her neck. The darkness of her clothing is offset by striking gold buckles and studs, and of course the silver blades of her scissors. Meanwhile, under her tousled black hair this unique creature silently ponders the world with a cute expression on her Bishoujo-styled face. Edward Scissorhands stands 9 inches tall (1/7 scale) on a special themed display base.
In Shops: Dec 14, 2016
SRP: $89.99