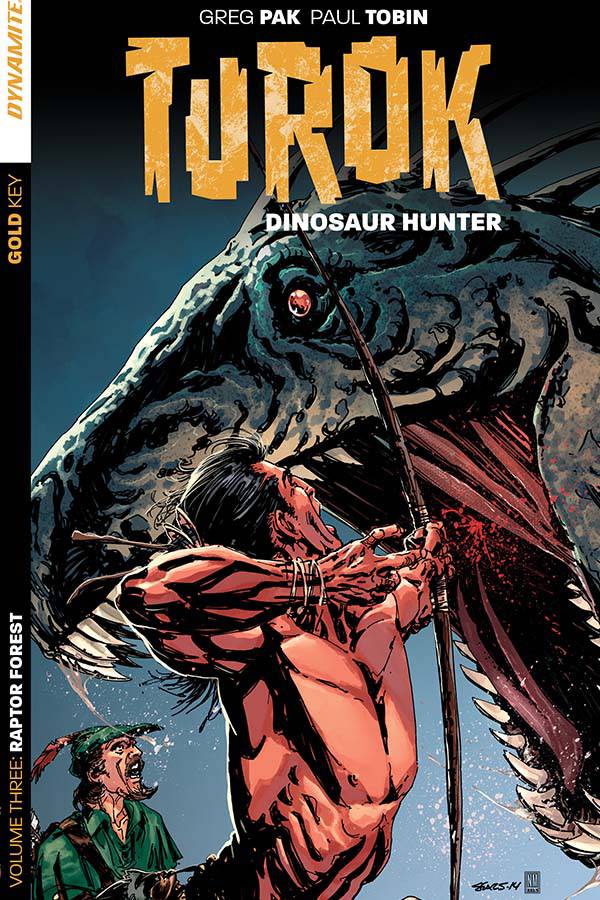 #
JUN151253
(W) Greg Pak, Paul Tobin (A) Lee Ferguson, Ruairi Coleman, Stephen Downey, Felipe Cunha (CA) Bart Sears
Life is difficult for Turok in the "civilized" Great Britain of the 1200s, where he's treated as a savage despite being able to tame dinosaurs better than anyone. But a murder conspiracy against one of his allies will send the hunter deep within Sherwood Forest, and back into his element. In his attempt to survive this struggle for power, Turok starts to learn why dinosaurs still exist... while the Sheriff of Nottingham gathers crusaders, archers, and a menagerie of thunder lizards to wipe out Turok's merry men!
In Shops: Aug 26, 2015
SRP: $16.99
View All Items In This Series