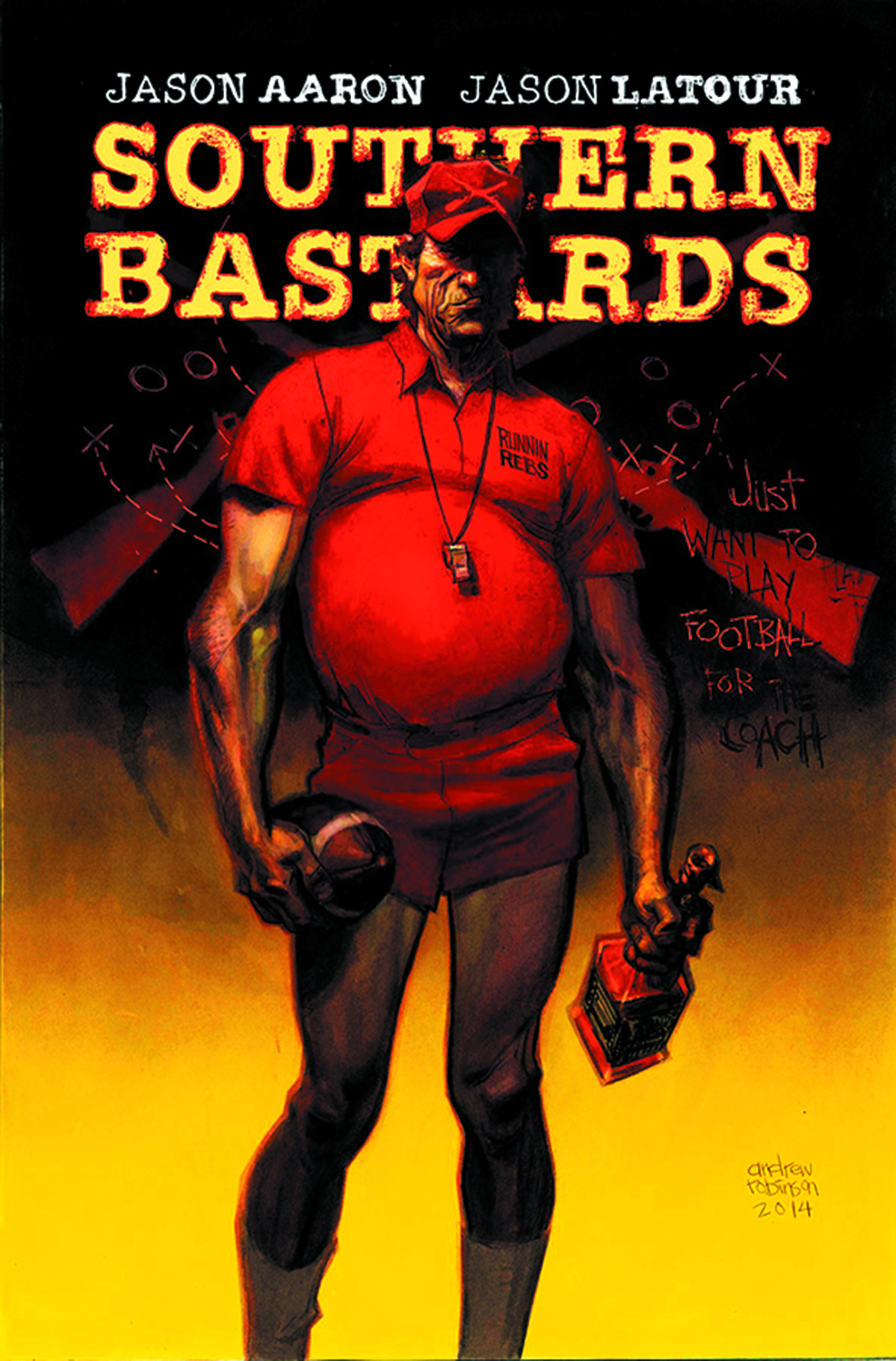 JUN148181
(W) Jason Aaron (A) Jason Latour (CA) Andrew Robinson
The hit southern crime series returns, as JASON AARON (Scalped, Thor: God of Thunder) and JASON LATOUR (Wolverine & The X-Men, Loose Ends) pull back the curtain on the history of Craw County and its most famous and feared resident. In a place where only bastards flourish, what does it take to be the biggest, meanest, most powerful bastard of them all? Only Coach Boss knows. And if I was you, I wouldn't ask him.  Variant cover by Andrew Robinson
In Shops: Oct 29, 2014
SRP: $3.50
View All Items In This Series