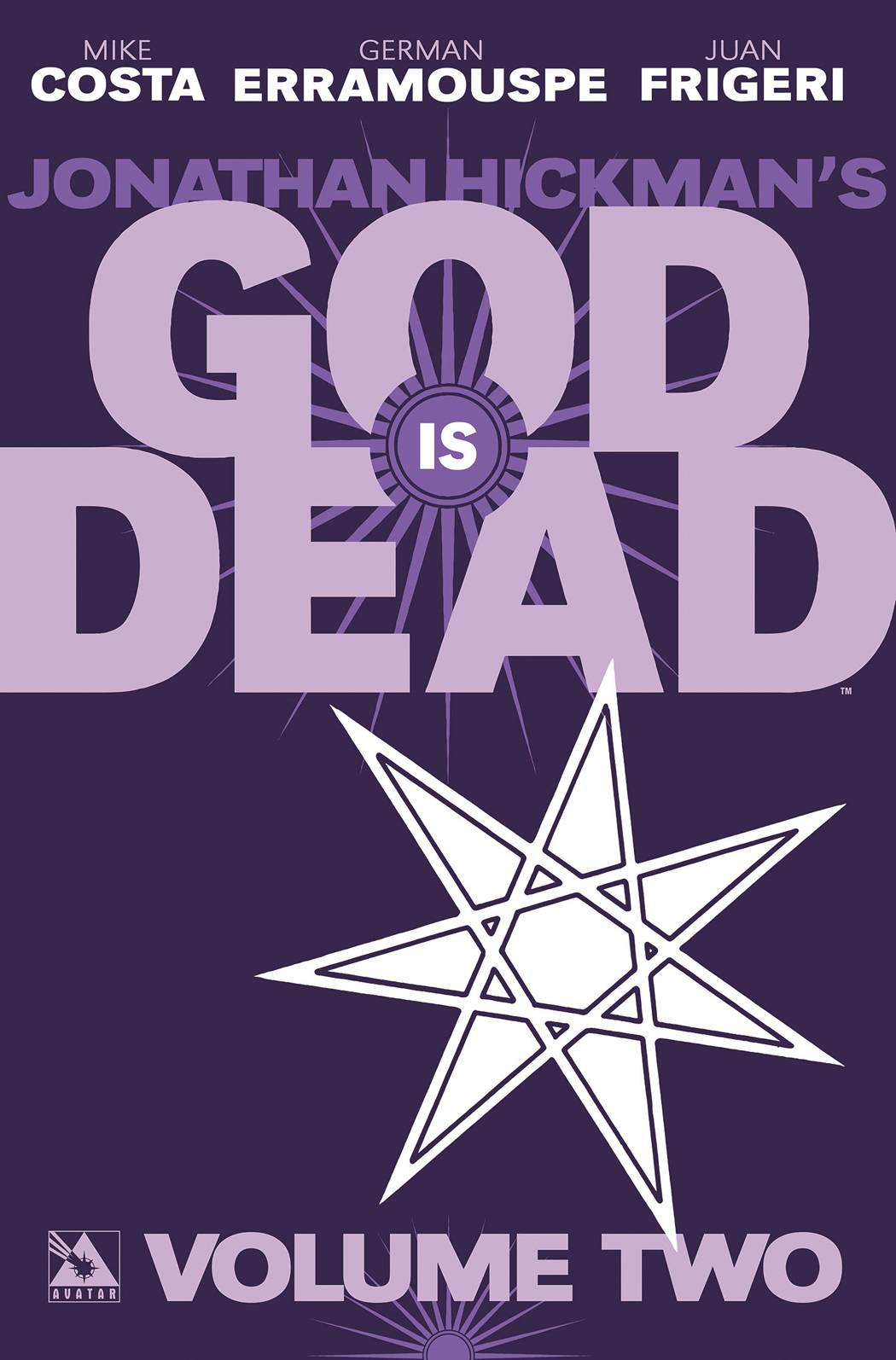 #
JUN140843
(W) Mike Costa (A) Juan Frigeri, German Erramouspe (CA) Jacen Burrows
JONATHAN HICKMAN's vision for the end of the world through divine retribution continues with an electric new chapter from series writer MIKE COSTA! After the cataclysmic battle of gods, the human religions are left in tatters and civilization in ruin. The human-born goddess Gaia has laid claim to Earth and very few dare to oppose such an absolute divine ruler. But, oh so many gods have yet to make their play, this time they have seen the folly of their peers... now they plan and plot and prepare to bring Armageddon! Divine vengeance unwinds in the pages of God Is Dead and the very earth itself is the prize for the remaining gods of old. Collects issues #7-12 of the ongoing God Is Dead comic book series.
In Shops: Aug 06, 2014
SRP: $19.99
View All Items In This Series