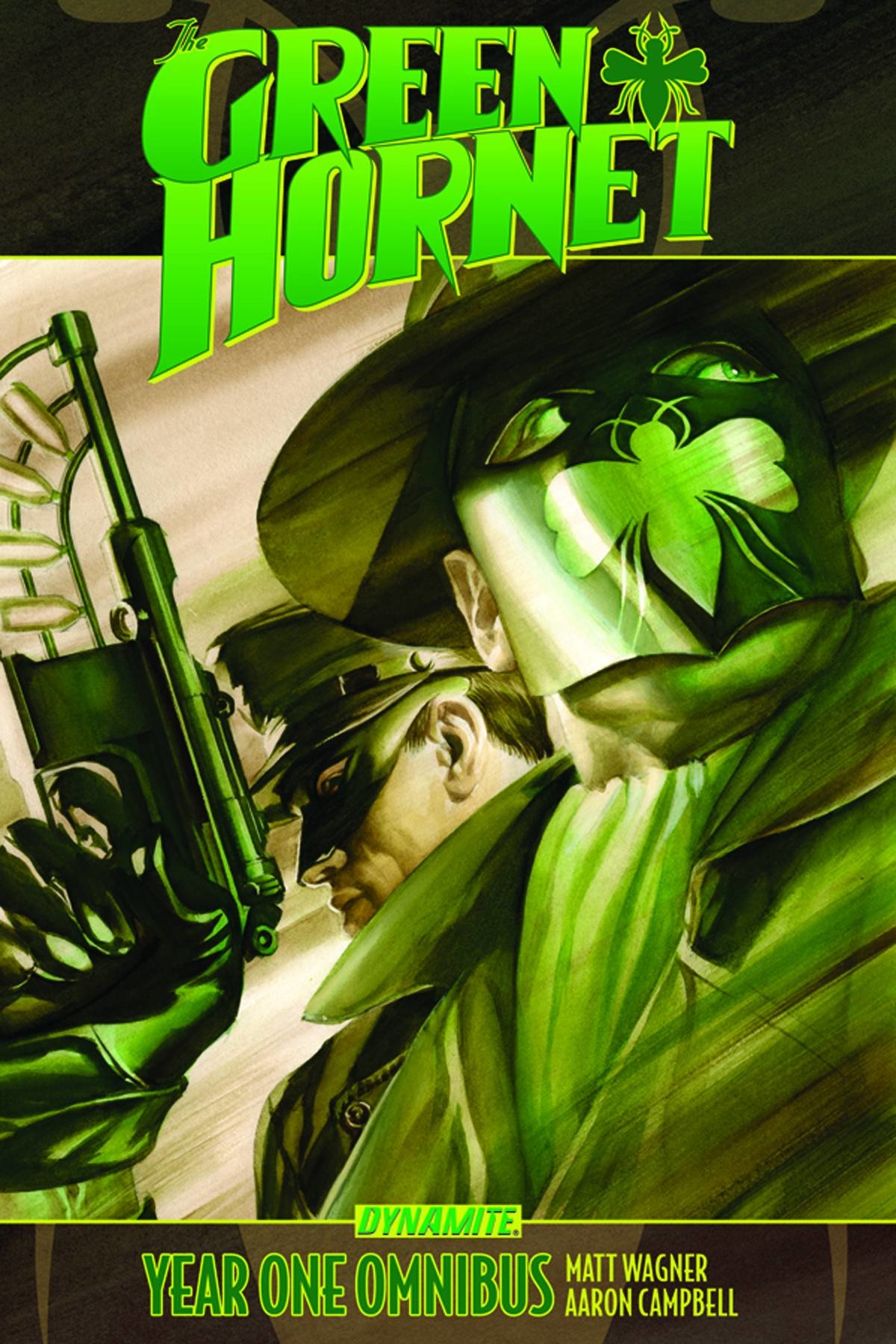 JUN131006
(W) Matt Wagner (A) Aaron Campbell (CA) Alex Ross
At last, the thrilling origin tale of the Green Hornet and Kato, the classic crime-fighting duo, can be told! After his father's death, Britt Reed takes control of his father's newspaper, the Daily Sentinel... but discovers that his true inheritance is his father's thirst for justice. Donning the iconic emerald outfit, developing an arsenal of non-lethal weaponry, and building his rapport with martial artist and driver Kato, Reed launches a crusade against mob boss Vincent 'Skid' Caruso, making the bullet-ridden Chicago streets safe again during the Prohibition Era. But will the Green Hornet and Kato survive when their efforts attract the attention of the sadistic enforcer called The Scourge?
In Shops: Nov 27, 2013
SRP: $29.99