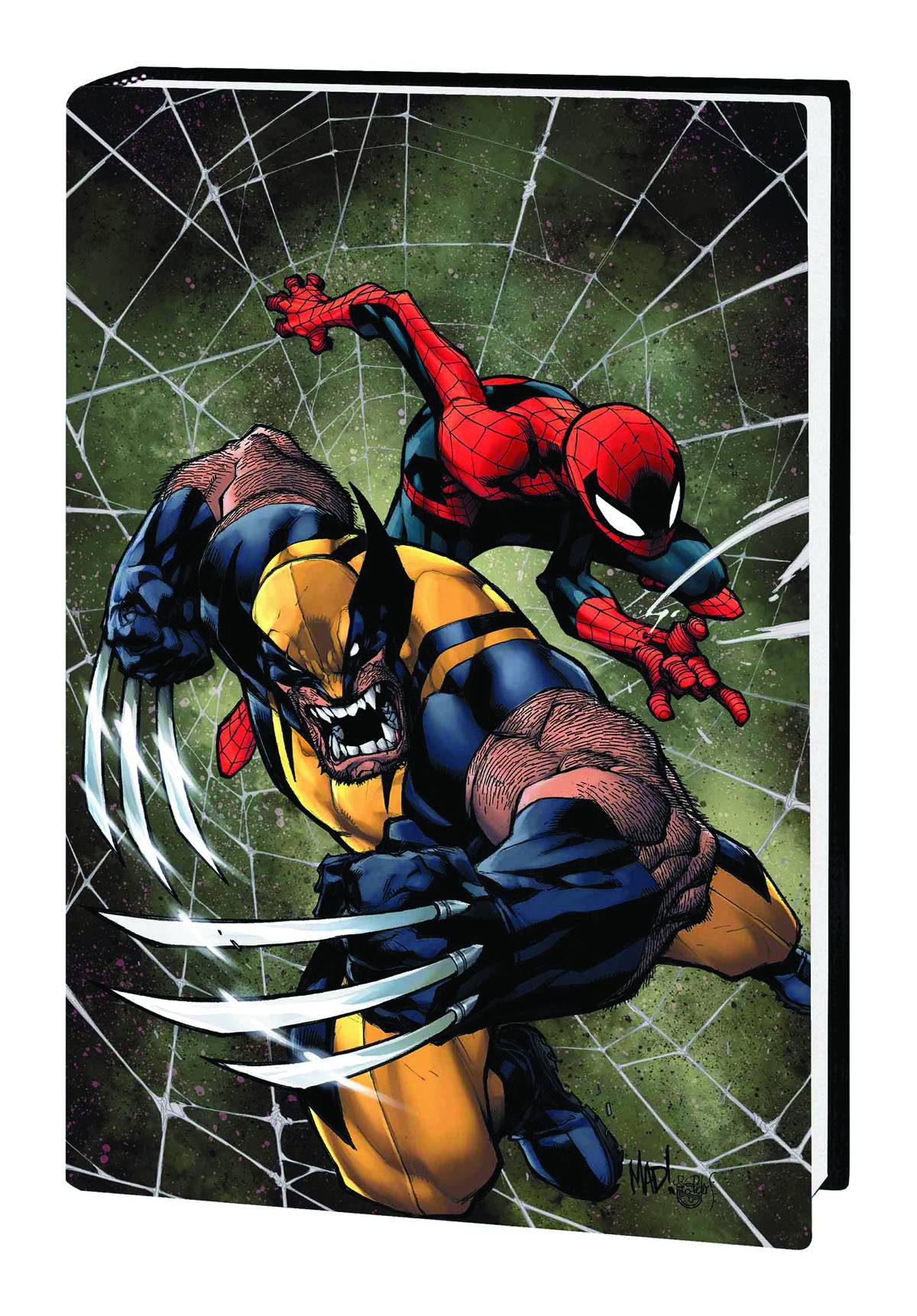 #
JUN130676
(W) Zeb Wells (A/CA) Joe Madureira
Fan-favorite Spider-Man writer Zeb Wells and legendary X-Men artist Joe Madureira unite to take on two of Marvel's most popular characters in the hottest stories of the season! First, Spider-Man teams with the Red Hulk to face down a Moloid army during the New York Marathon! The two unlikely allies end up leading an underground legion - but when Red Hulk falls, only Spider-Man stands in the way of the Subterranean invasion of Manhattan! Then, Wells and Madureira turn their attention to the X-Men's most popular mutant: the savage Wolverine! But what unlikely foe is lurking in the shadows, and does even Wolverine have the berserker strength to win the day? Wolverine slices and special guest-star Elektra dices - what more could you want in a comic? Collecting AVENGING SPIDER-MAN #1-3 and SAVAGE WOLVERINE #6-8.
In Shops: Nov 27, 2013
SRP: $29.99
ORDER WISH LIST