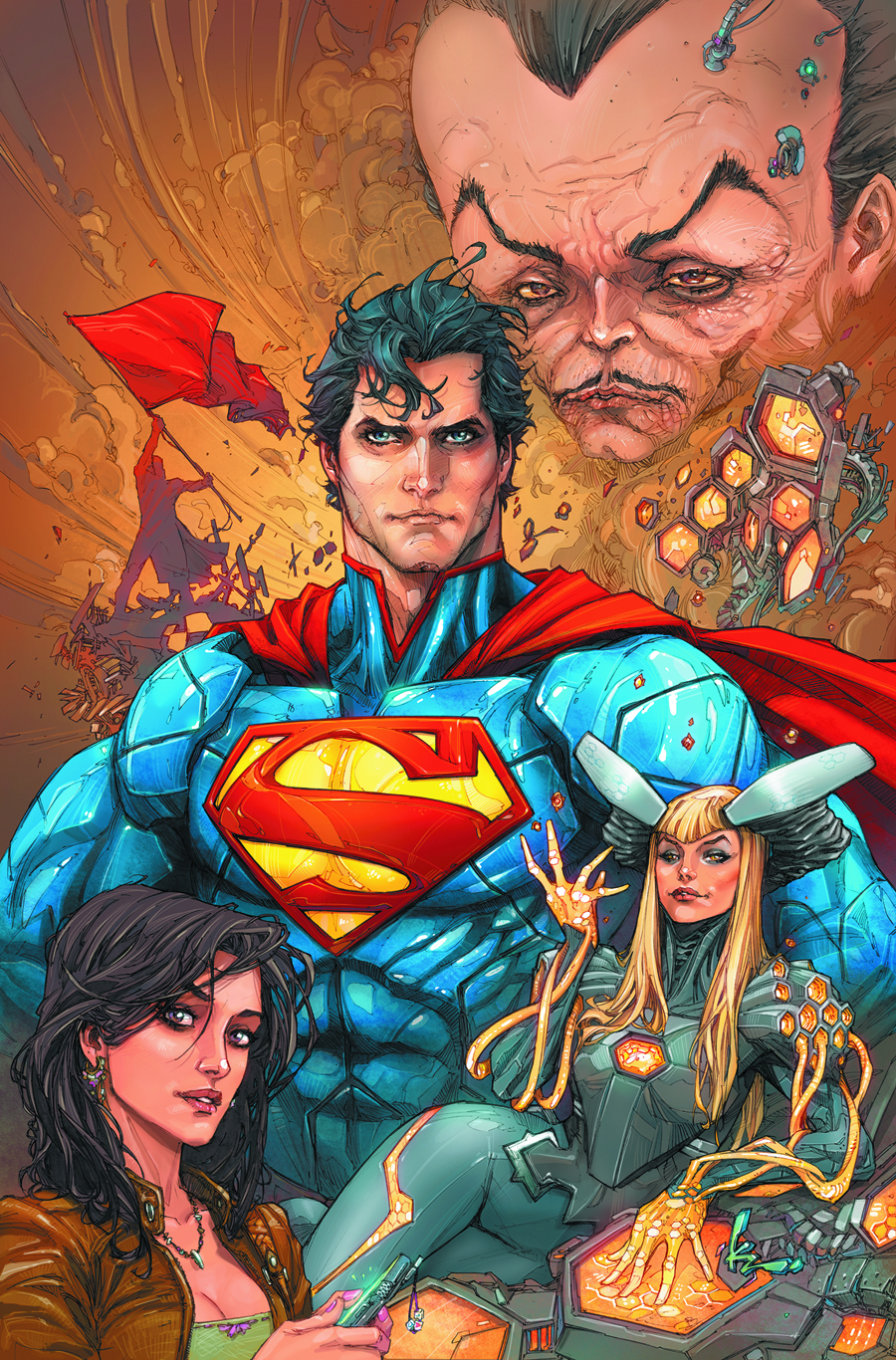 JUN130189
(W) Mike Johnson (A) Eddy Barrows, Jesus Merino (CA) Kenneth Rocafort
The "Psi-War" epic begins! Psi-War erupts as Hector Hammond tries to take control of H.I.V.E. from its queen, but there are other forces in play as well, as a new Psycho Pirate emerges, and Superman is caught in the middle, unable to protect those closest to him.
In Shops: Aug 28, 2013
SRP: $2.99
View All Items In This Series
ORDER WISH LIST