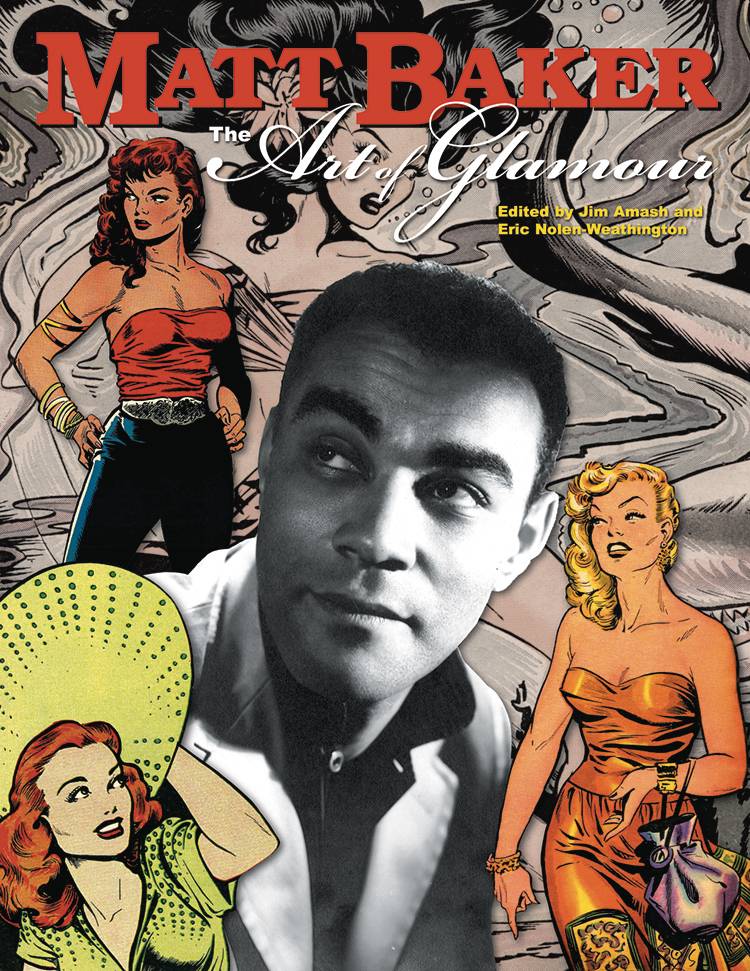 #
JUN121310
(W) Jim Amash (A) Matt Baker
In the early 1940s, Matt Baker became of one the earliest African-American comic book artists. But it wasn't the color of his skin which made him such a significant figure in the history of the medium-it was his innate ability to draw gorgeous, exciting women and handsome, dynamic men in a fluid, graceful style. Imagine Dave Stevens or Adam Hughes working in the '40s, drawing a new story every month, and you'll have a good idea of Matt Baker's place in the industry throughout his career. Yet few of today's comic book fans know of the artist or his work, because he died in 1959 at the young age of 38, just as the Silver Age of Comics was blossoming and bringing in a new generation of readers. Matt Baker: The Art of Glamour, edited by Jim Amash and Eric Nolen-Weathington, presents an impressive career cut tragically short. It features a wealth of essays; interviews with Baker's friends, family, and co-workers; and a treasure trove of his finest artwork, including several complete stories, at last giving the wonderfully talented artist his full due.
In Shops: Nov 28, 2012
SRP: $39.95